US Pulls 3,000 Soldiers from Norwegian Winter War Games amid stand-off with Iran 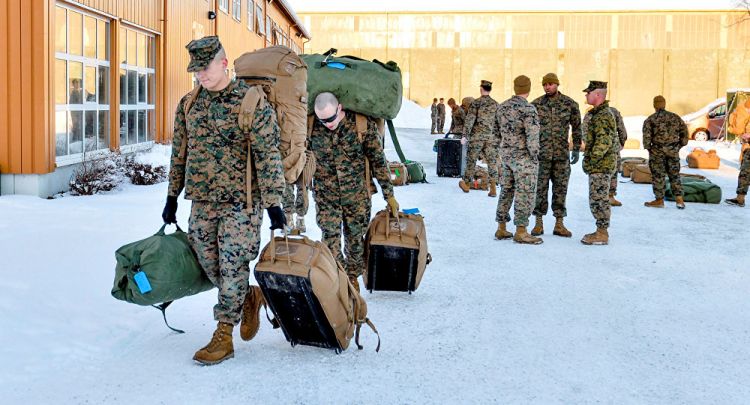 The United States' participation in Cold Response, an international winter drill held since 2006, has been affected by the tense situation in the Middle East, Eurasia Diary reports citing Sputnik.

The US has pulled 3,000 soldiers from the upcoming Cold Response drill to be held in Norway from 2 March to 18 March, Norway's national broadcaster NRK reported.

Press spokesman at the Armed Forces operational headquarters, Ivar Moen, was reluctant to go into which departments the US is withdrawing from the international biannual exercise held since 2006, but said that Washington's decision was affected by the strained situation in the Middle East. Since Iranian general Qasem Soleimani was killed in a targeted US drone attack earlier this year, the situation between the two countries has been tense.

Following the US withdrawal, the number of participants in the international winter drill will be reduced to about 16,000, which has been the average participation figure for the exercise in recent years. According to the Norwegian military, America's departure will not affect the course of the exercise, which will go ahead as planned.

“A planning conference will be held next week. There, we will discuss what adjustments we need to make as a result of the Americans reducing their participation”, Moen told the military newspaper Forsvarets Forum, stressing that the number of participants can both increase and decrease.

The exercise takes place in northern Norway from Narvik to Finnmark, but the main part of the drill will be focused in Troms County, the Armed Forces said.

Moen described Norway as “a leader in winter services within NATO”, stressing that it was important to share and hone skills with allied nations. The Norwegian Armed Forces stressed that openness about the exercise was important for building trust and preventing misunderstandings.

The exercise provides soldiers with important training in mastering operations in cold and snow. In addition to Norwegian forces, soldiers from the United Kingdom, the Netherlands, Germany, France, Belgium, Denmark, Latvia, Finland, and Sweden will take part.

On the night of 3 January, the United States conducted a drone strike near Baghdad International Airport that killed Soleimani, a top general in Iran's Islamic Revolutionary Guards Corps (IRGC). Tehran blasted the attack as an act of terror and retaliated a few days later by launching dozens of missiles at military bases housing US troops in Iraq, killing none and describing the strike as “legitimate self-defence”.

Earlier this week, The Washington Post reported that the US had threatened to impose a 25-percent tariff on European automobiles from Germany, France and Britain, if they refused to condemn Tehran's actions and trigger a trade dispute mechanism within the 2015 Joint Comprehensive Plan of Action (JCPOA) nuclear deal.