Unknown fighter jets tried to attack the Russian air base in Syria
Read: 2271 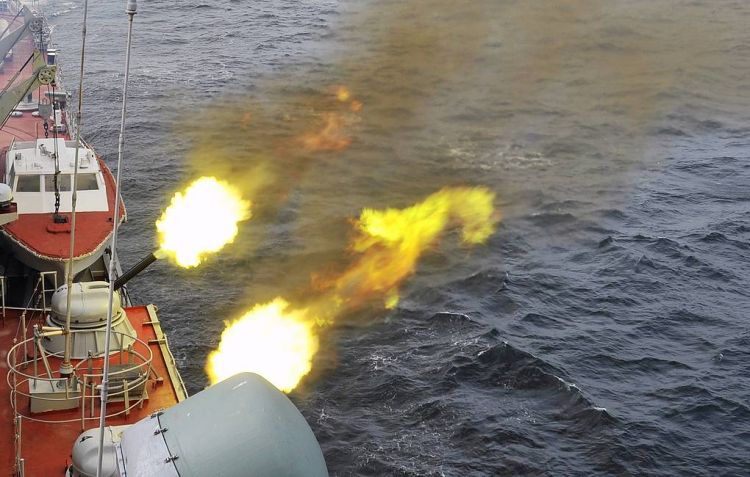 "As part of planned combat training measures, the ocean minesweeper Valentin Pikul accomplished a series of artillery firings on a seaborne and an air target," the press office said in a statement.

The crew of the ocean minesweeper practiced the tactic of a battle by a sole ship, the statement informs.

The minesweeper’s artillery teams struck naval targets simulating a notional enemy’s warship and a floating sea mine and practiced measures to repel an enemy air attack, according to the statement.

"As the next stage of combat training, the crew of the ocean minesweeper Valentin Pikul will practice piloting ships behind sweeps with an exercise to negotiate a notional mine obstacle at one of the Black Sea ranges," the statement reads.