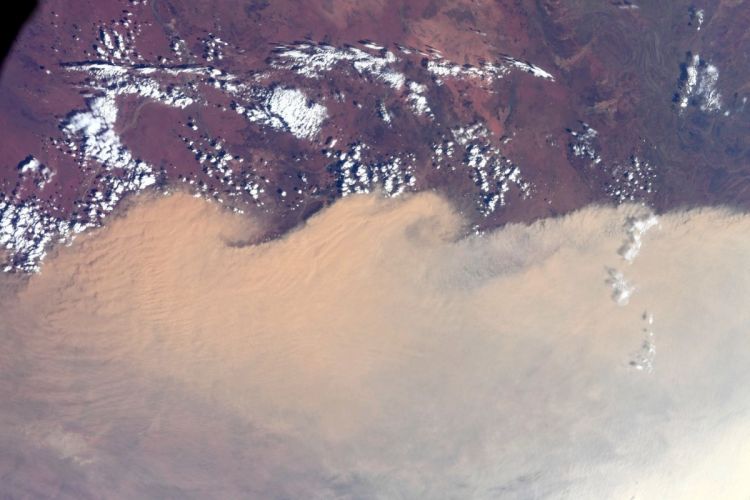 NASA astronaut Christina Koch shared a short but powerful message from space on Tuesday: "Australia. Our hearts and thoughts are with you."

Koch, who is living on the International Space Station, posted several photos of the smoke from Australia's fires, as seen from her vantage point 250 miles (400 kilometers) above Earth.

About 70 percent of Australia's 3 million square miles of land is covered by a layer of grey-and-brown smoke. According to NASA, the smoke had already travelled halfway around the planet by January 8, "turning the skies hazy and causing colourful sunrises and sunsets" in South America.

The agency expects the smoke to make a full circuit of the globe and return to Australia.

As of last week, the wildfires – some of the worst in Australia's history – had burned 25 million acres, claimed the lives of 27 people, and destroyed 2,000 homes. A billion animals are feared dead.