Public vote on constitutional amendments In Russia will be held on the law - Official | Eurasia Diary - ednews.net 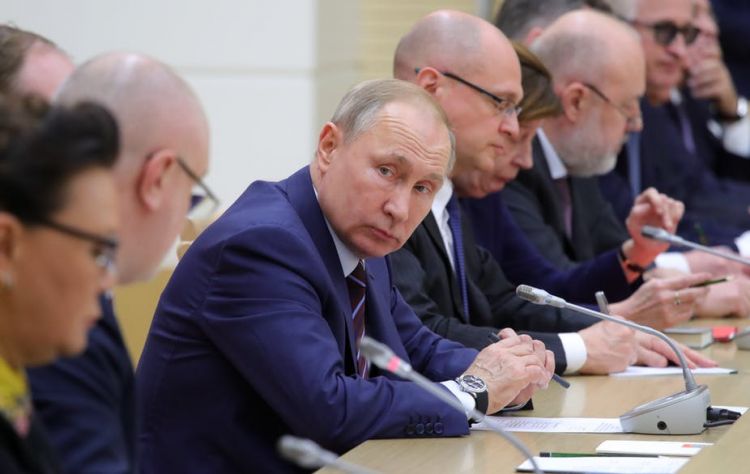 The public vote on the draft law on amending the Russian Constitution will be held on the bill as a whole, not on its separate articles, head of the Russian Federation Council's Committee on Constitutional Legislation and State Building Andrey Klishas told, Eurasia Diary reports citing Tass News.

"The public vote envisaged by Article 2 of the draft law on making amendments to the Russian Constitution submitted by the president, will be held after the law is approved by the parliament. The public vote will be held on the law as a whole, not on its separate articles. The working group will soon discuss the voting procedure and organizing principles," Klishas, who chairs the working group, said.

He added that members of the working group will proceed from the assumption that the same basic principles should lay at the basis of the voting procedure as during the 2018 presidnetial election — transparency, clarity and accessibility for citizens, as well as their trust to the results of the public vote.

Commenting on the draft law submitted earlier on Monday to the State Duma by the president, Klishas noted that proposed amendments to the Russian Constitution envisage strengthening of democratic principles of public authority, securing additional guarantees for the exercise of citizens' rights, as well as expanding the social obligations of the state. "The working group will continue working on the draft law on amending the Constitution. The next session of the working group will be held on Tuesday, January 21," he added.