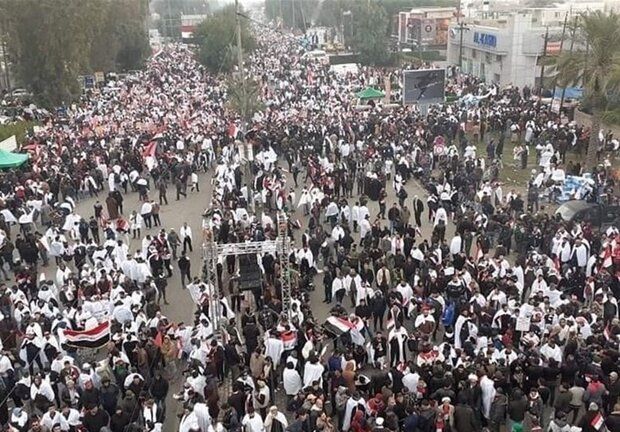 According to Iraq's local media, people from “all of the Iraqi provinces" have gathered in the ongoing rally to condemn the Americans’ illegal presence in the country, after the US assassinated top Iranian commander Lieutenant General Qasem Soleimani and Iraqi commander Abu Mahdi al-Muhandis in Baghdad earlier this month, Eurasia Diary reports citing Mehr News.

The protesters are carrying banners and chanting slogans calling for the expulsion of US forces.

The demonstrators are planned to gather at the intersection of Baghdad University in the Jadriyah neighborhood.

Iraqis in Karbala city, south of Baghdad, were also seen boarding buses heading towards the capital.

The rally comes after influential Iraqi Shia cleric Muqtada al-Sadr called on Iraqis to stage "a million-strong, peaceful, unified demonstration to condemn the American presence and its violations" last week.

On January 5, the Iraqi parliament voted overwhelmingly in favor of a resolution calling for the expulsion of all US-led forces in the country two days after Washington assassinated Soleimani and Muhandis.