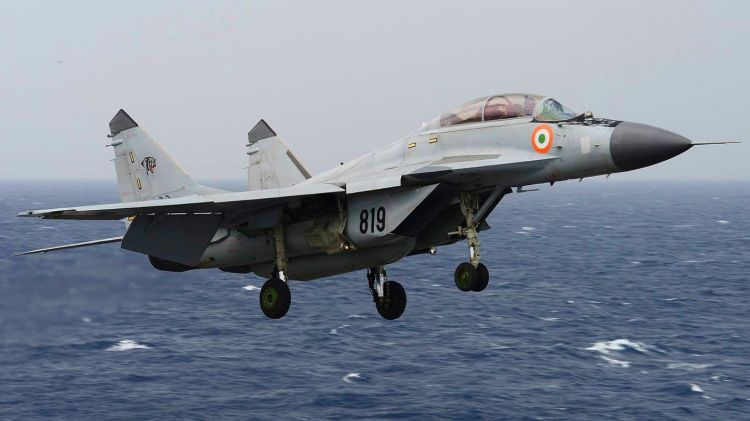 Russia has not yet received any requests from India for the delivery of a new batch of MiG-29K deck-based fighters for the Indian-made aircraft carrier Vikrant, a source in the aircraft-building industry told TASS on Wednesday, Eurasia Diary reports citing TASS.

Russia earlier provided all the necessary information to the Indian side on a possible contract, the source specified.

As the Indian newspaper, The Financial Express, reported earlier, citing India’s Defense Minister Sripad Naik, the wait for the country’s first indigenous aircraft carrier Vikrant has been extended "due to issues with the delivery of aviation equipment from Russia."

"Russia is waiting for a request from the Indian Defense Ministry for the delivery of deck-based MiG-29K fighters for the Vikrant. That is why, it is not quite correct to claim that the delivery of the aircraft carrier to the Indian Navy is being delayed because of Russia," the source stressed.

The Indian side has not yet issued even a call to bid in a tender for the supply of deck-based aircraft, although the Indian side made the relevant inquiry back in 2017. On Russia’s behalf, the state arms seller Rosoboronexport will take part in the tender, the source said.

According to India’s plans, the light aircraft carrier Vikrant is due to be delivered to the Indian Navy in March 2021. The warship is expected to carry up to 14 MiG-29K fighters and several helicopters. Russia earlier delivered a batch of MiG-29K/MiG-29KUB fighter aircraft for the Indian aircraft carrier Vikramaditya (the former heavy aircraft-carrying cruiser Admiral Gorshkov).