American expert - Racism is a fundamental to the Western approach to Africa
Read: 2871

An artillery attack on a second US military convoy in Syria
Read: 1063

Team of specialists from Russian armed forces arrives in Armenia to assist in struggle against COVID 19
Read: 1030

“If we wait pandemic to appear, it will be late to prepare - George Bush warned of next Pandemic - VIDEO
Read: 596 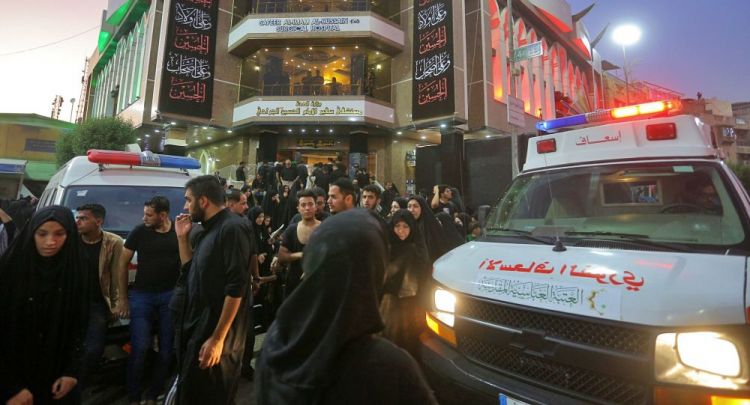 Two people were killed and 12 others were injured as a result of an explosion that followed a terrorist attack in the city of Khanaqin in eastern Iraq on Thursday, Alsumaria broadcaster reported, citing sources, Eurasia Diary reports citing Sputnik.

Terrorists attacked a group of citizens and security forces on the outskirts of Khanaqin. During the evacuation, a bomb exploded, killing two people and injuring 12 others," the source said, adding that those injured were taken to the hospital for medical treatment.

According to the source, the local security cell took strict measures to prevent any emergency amid the incident.

The situation in Iraq has been highly unstable for years due to activities of the Daesh* terror group, which lost all the territories previously seized in the country but continues to stage attacks across the Arab nation.