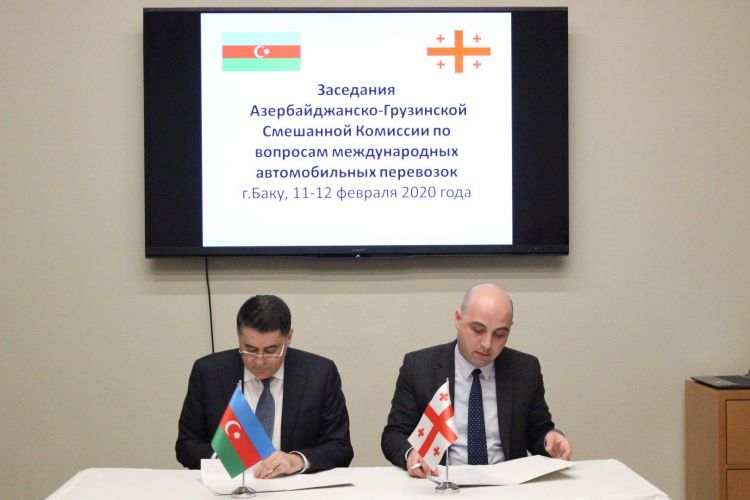 A regular meeting of the Azerbaijan-Georgia mixed commission on transport relations between the two states was held on February 17 and 18 in Baku, Eurasia Diary reports citing Trend News.

At the meeting, the current situation of road transportation between Azerbaijan and Georgia, the problems faced by carriers during passenger and freight transportation, as well as their solutions and the prospects for the development of transportation and other pressing issues were discussed. The sides also exchanged relevant statistical data,

Habib Hasanov focused on the issue of prevention illegal passenger traffic by buses with Georgian state registration numbers. Hasanov stressed that joint measures will accelerate the solution of this problem, adding that the intervention of the relevant structures of Georgia in this issue will be of mutual benefit.

Given the increasing number of Azerbaijani carriers compared to Georgian, an equivalent increase in the number of permits issued to carriers in 2020 was also discussed.

Mikheil Khmaladze informed the participants that the creation of equal conditions at border crossing points by the customs authorities of both countries for trucks that empty arrive in Azerbaijan from Georgia to transport cargo to a third country should be also discussed.

After discussing these and other pressing issues, the relevant protocol was signed.