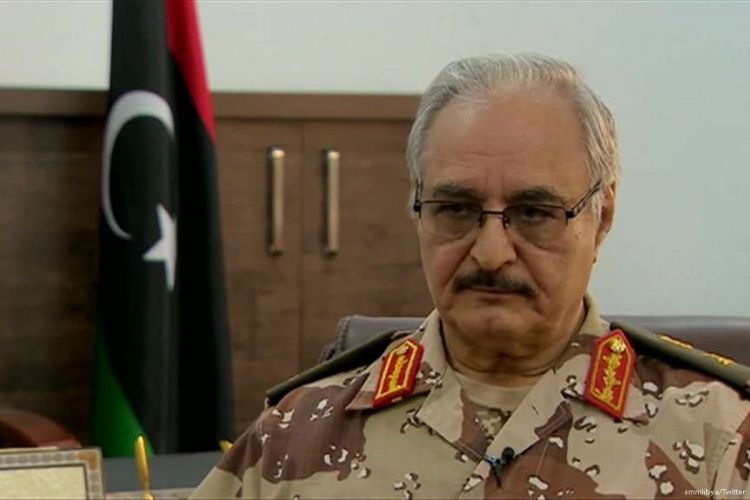 Two Libyan families whose members were extrajudicially killed and tortured by the forces of Khalifa Haftar, who is waging a rebellion against the UN-recognized government Tripoli, took legal action against the warlord in U.S. courts Tuesday, Eurasia Diary reports citing Yeni Safak.

According to the New York Times, the families are trying to benefit from the Torture Victim Protection Act of 1991 against Haftar, whose forces tortured members of the al-Suyid and al-Krshiny families at the height of Libyan civil war in 2014.

The families seek justice and restitution from Haftar, and his sons Khalid and Saddam, who have properties in Virginia worth at least $8 million, according to the Times.

"Many other suits filed under the act have failed to gain traction because there are few assets for the court system to seize if a lawsuit succeeds. But Mr. Hifter and his sons own at least 17 properties in Virginia worth a total of at least $8 million, according to the lawsuit," the Times said, using an alternative spelling for Haftar.

"The complicated past of Mr. Hifter, a dual Libyan-American citizen, makes him potentially vulnerable to legal action in American courts," it added.