An artillery attack on a second US military convoy in Syria
Read: 737 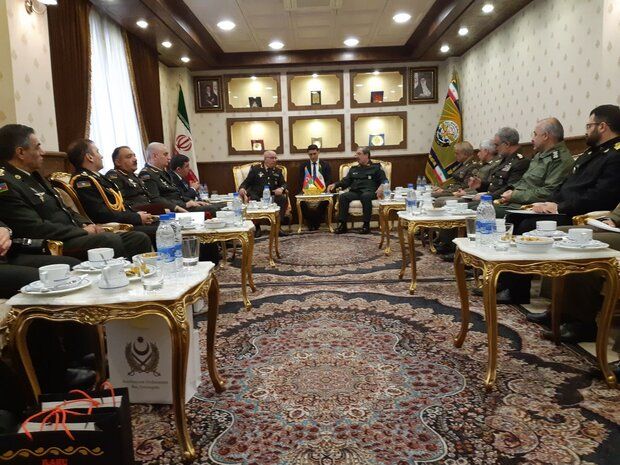 The second meeting of Iran-Azerbaijan joint commission was held at the headquarters of the Iranian Armed Forces on Wednesday, Eurasia Diary reports citing Mehr News.

The meeting was chaired by Brigadier General Ghadir Nezami, head of the international and diplomatic affairs of the Chief of Staff of the Iranian Armed Forces, and Muhamedow Fuad, deputy Minister of Defense of the Republic of Azerbaijan. Military experts from both sides also attended the meeting on Wednesday.

At the meeting, the two sides discussed various areas of cooperation regarding the exchange of military delegations and officials in various fields of education, joint exercises, scientific and research collaborations, military medicine, sports and cultural cooperation and other areas of mutual interest.

The two sides have a long history of cooperation in the fight against terrorism, human and drug trafficking, as well as Caspian Sea security and security of the Caucasus region.

The meeting on Wednesday will be followed by expert meetings between senior Iranian military officials with the Azeri delegation, and it will conclude with the signing of a memorandum of understanding.

The third meeting of the Iran-Azerbaijan joint commission was agreed to be held in Baku next year.