Iran urgently deployed dozens of missile systems on the coast of Strait of Hormuz
Read: 1266

US and its allies characterize Chinese and Russian aid as a political ploy to garner influence - US expert-Exclusive
Read: 1091 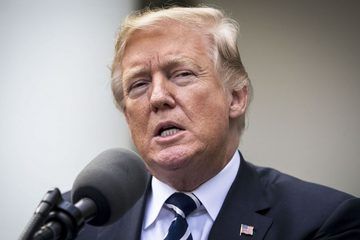 U.S. President Donald Trump said that because of the coronavirus pandemic he didn't think an aggressive response to new attacks on U.S. troops in Iraq by Iranian-backed militias was the right move, according to one former and four current senior U.S. officials, EDNews reports citing Vestnik Kavkaza.

Trump expressed concern that hitting back hard at Iran at this time would make the U.S. look bad given the extent to which Iran and the rest of the world are struggling to contain the spread of COVID-19, the officials said.

They said the president made the comments during a meeting at which his advisers briefed him on possible military responses to the attacks, NBC News reported.