Pentagon says about 14 Russian-made warplanes could be on Libya’s territory
Read: 912 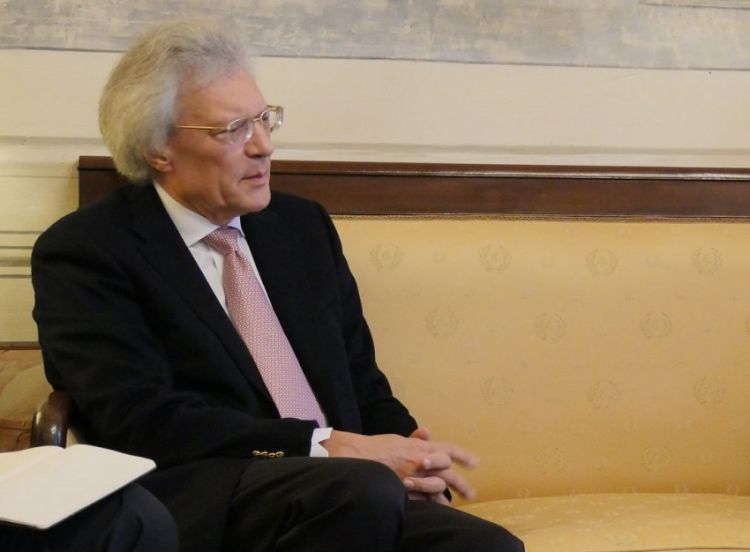 The consequences of the pandemic will definitely affect trade and economic relations, including those between Russia and Italy, Russia’s ambassador to Italy Sergey Razov said in an interview with TASS on Wednesday.

"Of course, the degree and depth of influence on the economy and social life will depend on the duration of the fight against the virus, the severity of the measures applied. As you know, thousands of enterprises were closed in Italy. There will probably be a recession in the Russian economy and in world trade, and in our bilateral trade and economic relations," the diplomat said. "But now the most important thing is to save the health and lives of people," he added.

The ambassador stressed that there was not any geopolitical self-interest behind Russia’s assistance to Italy in fighting the coronavirus.

"As for the sanctions regime, our selfless aid to Italy in a difficult situation should not be linked with any certain geopolitical motives. Those who try to see such a connection do not allow any thoughts of such noble motives as solidarity, mutual support, mutual assistance. Sanctions are counterproductive and harmful thing, causing considerable damage to all affected parties. But, as you know, it is not us who introduced them and it is not us who should raise the question of canceling them. We hope that sooner or later common sense will prevail," Razov said.

The diplomat stressed that solidarity, mutual support, mutual assistance are "a good tradition" in relations between Russia and Italy.

Razov noted that the other day Italians marked the 11th anniversary of the earthquake in L’Aquila (April 6, 2009).

"Back then our rescuers were among the first ones to help the city’s residents. Later, thanks to Russia’s direct contribution, two historical sites in that city were restored," the ambassador recalled.