Moscow explained why Turkey should not joke with Russia about Syria
Read: 506

No tolerance for attacks on Muslims - German President 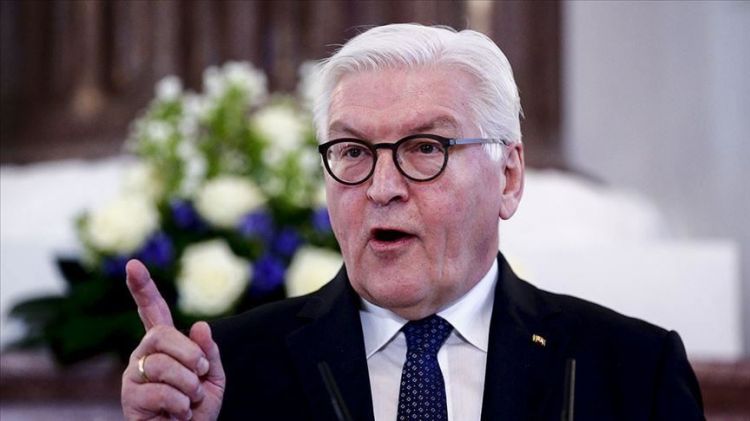 Germany’s president has assured the country’s Muslim citizens that growing racist hatred and violence by right-wing extremists will not be tolerated by the state and democratic majority in the countryç EDNews.net reports citing Anadolu Agency.

In a message marking Eid al-Fitr, the holiday following the end of Islam's holy month of Ramadan, Frank-Walter Steinmeier said this year’s observance was overshadowed by the recent racist terrorist attack in Hanau, which claimed many Muslims as its victims.

“It was an attack on our peaceful coexistence and on all the values we share in this country: respect for human dignity, tolerance and diversity, freedom of belief,” he said.

“Allow me to assure you that as Federal President I am committed to ensuring that we as a society resolutely oppose all forms of racist hate speech. Hatred and marginalisation, violent attacks on Muslims, attacks on mosques – we must not tolerate, we must not permit such things,” he stressed. Steinmeier underlined that it is “the task of the state” to protect Muslims.

In February, a far-right extremist attacked two cafes in Hanau, killing nine people with migration backgrounds. Four people with Turkish roots died in the racist terror attack, as did one Bosnian, one Bulgarian, one Romanian, and a German-Afghan national.

A growing number of threats and attacks in Germany have targeted mosques and community institutions in recent months, raising fears among the country’s Muslim population.

In February, police dismantled a far-right terror cell and arrested 12 suspects over plans to attack six mosques to provoke a civil-war-like situation in the country.

On Wednesday, after a special Cabinet meeting, Interior Minister Horst Seehofer said the government will implement a “zero tolerance policy” towards right-wing extremism, racism, and xenophobia.

On Monday a pig’s head was mounted onto the door of mosque in southern Germany, triggering condemnation from Turkey.

Germany has the second-largest Muslim population in Western Europe after France. Among the country’s nearly 4.7 million Muslims, 3 million are of Turkish origin.