Iran to respond to any US aggression against its oil tankers - Rouhani | Eurasia Diary - ednews.net 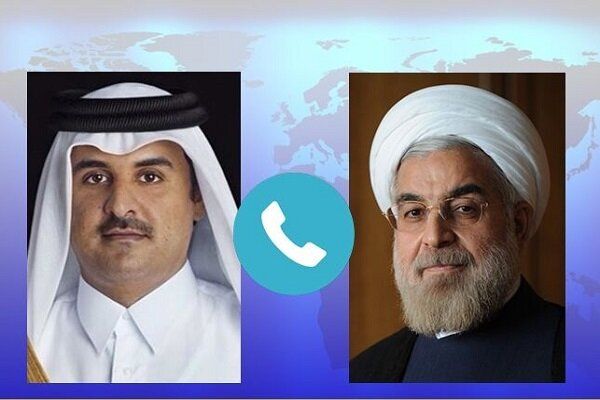 In a telephone conversation with Emir of Qatar Tamim bin Hamad Al Thani, Iranian President Hassan Rouhani warned that the Islamic Republic will respond to any possible US aggression against Iranian oil tankers in the Caribean Sea or any other point in the world, EDNews.net reports citing Mehr News.

His remarks came while as reported, a flotilla of five tankers carrying Iranian fuel for Venezuela is approaching the Caribbean, with the first vessel expected to reach the South American country’s waters on Sunday.

Rouhani underlined that regional security is of the most significant issues to Iran adding that "the US has sowed insecurity in various parts of the world but Iran is not interested in tension or confrontation."

"We have always had the legitimate right to defend the sovereignty and territorial integrity and to serve our national interests, and we hope that the Americans will not make a mistake."

Rouhani noted that the US continuing its incorrect behaviors even under the coronavirus pandemic and while the world is in dire need of collaboration.

"The security of our region, especially maritime security in the region, is provided by the countries of the region, and we have always declared our readiness to cooperate more with our neighbors in this regard," the Iranian President said.

He also hoped for the expansion of political and mutual ties with Qatar in the future.

The Qatari Emir, for his part, named the development of Iranian economic ties as the priorities of his country.

"Qatar disagrees with any tension and we will do our best to reduce them," he added.

In this phone talk, the two sides felicitated each other on the occasion of Eid al-Fitr, as well.

According to Refinitiv Eikon tracking data, Iran-flagged tanker Fortune, the first in the flotilla, was approaching the Caribbean Sea on Friday. It has been navigating with its satellite signal since it passed the Suez Canal earlier in May. The four other vessels are following the same route across the Atlantic Ocean, Reuters reported.

Iran is supplying about 1.53 million barrels of gasoline and alkylate to Venezuela, according to governments, sources, and calculations made by TankerTrackers.com based on the vessels’ draft levels.

Venezuela’s defense minister said its military will escort the Iranian tankers once they reach the nation’s exclusive economic zone.