India is ready to abandon the Su-57 and focus on buying the American F-35s
Read: 696

Tural Ganjaliyev joined online conference on the theme of fight against terrorism and radical extremism during pandemic
Read: 431 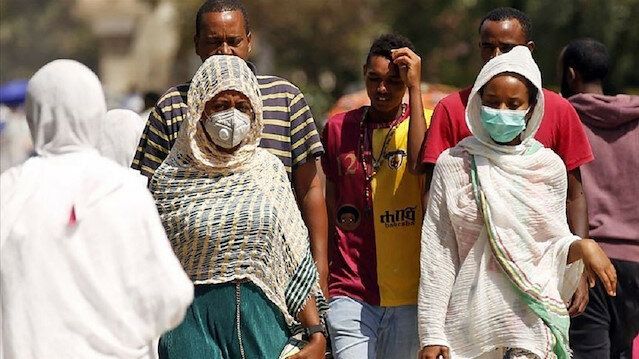 Authorities in the Gaza Strip reported their first death from coronavirus, when it claimed a 77-year-old woman.

The total number of infections in Gaza rose to 54, and 16 people have recovered.

In the Gulf state of Oman, the Health Ministry confirmed 463 new virus cases, bringing the tally to 7,257, including 34 deaths and 1,848 recoveries.

In Bahrain, the Health Ministry said the total number of cases rose to 8,774, while the number of recoveries reached 4,462. The country has so far recorded 12 deaths from the virus.

Morocco’s Health Ministry said 43 new cases were detected over the past 24 hours, raising the number of infections to 7,375. A total of 4,573 people recovered from COVID-19.

The ministry said the nationwide death toll remained at 197.

Tunisia’s Health Ministry said two more cases were found, taking the total number of infections in the country to 1,048.

So far, 47 people have lost their lives due to the virus and 903 have recovered.

In Kuwait, the Health Ministry confirmed 10 more deaths, bringing the total to 148.

Coronavirus cases in the country rose to 20,464, while the number of recoveries reached 5,747.

A total of 8,513 people have recovered from the virus and the death toll hit 21 with two new fatalities, it added.

After originating in Wuhan, China last December, COVID-19 has spread to at least 188 countries and regions, with Europe and the US currently the worst hit.

The pandemic has killed more than 340,000 people worldwide, with over 5.25 million confirmed cases, while recoveries have surpassed 2 million, according to figures compiled by the US’ Johns Hopkins University.