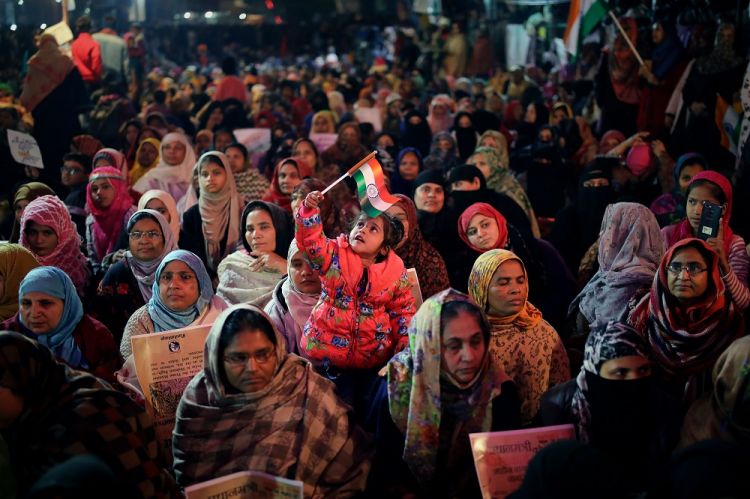 India has arrested two women activists over an anti-government protest in the capital Delhi in February, EDNews.net reports citing BBC.

Natasha Narwal and Devangana Kalita took part in a sit-in against a contentious citizenship law a day before deadly riots broke out.

They are among several activists who have been arrested since India's lockdown began on 25 March.

Prime Minister Narendra Modi's government has been accused of using the pandemic to crack down on dissent.

Ms Narwal and Ms Kalita, both in their early 30s, have been remanded to custody for two days.

They are founding members of Pinjra Tod, a popular student movement to enable women to reclaim public spaces.

In a statement, the organisation said the women are facing charges of attempt to murder, criminal conspiracy and obstructing public officials.

In April, police had arrested another student activist, 27-year-old Safoora Zargar. She had been active in organising peaceful protests against India's Citizenship Amendment Act (CAA), which critics say discriminates against Muslims.

The law sparked massive protests across India - both Hindu and Muslim protesters said the law violated India's secular values and was unconstitutional.

But one of these protests in north-east Delhi - the sit-in which Ms Narwal and Ms Kalita attended - sparked a political rally in favour of the law the following day.

Later that day, minor clashes were reported between Hindus and Muslims. But the situation escalated and soon turned into deadly riots that killed 53 people, mostly Muslims.

In recent months, police have also arrested Meeran Haider, a research scholar and member of the Jamia Coordination Committee, Shifa-Ur-Rehman, president of the Jamia Millia Islamia Alumni Association, Gulfisha, an MBA student, and Ishrat Jahan, a former municipal councillor, for participating in protests against the citizenship law.

The arrests have been condemned by civil society and rights groups who have called them "illegal" and a "grave abuse of state power", writes the BBC's Geeta Pandey.