Russia is challenging US and NATO with unique armaments of the Su-57 fighter
Read: 1238

'Information on use of Azerbaijan’s airspace by aircrafts, delivered air strikes on Iran, is lie' - Azerbaijani MoD
Read: 341 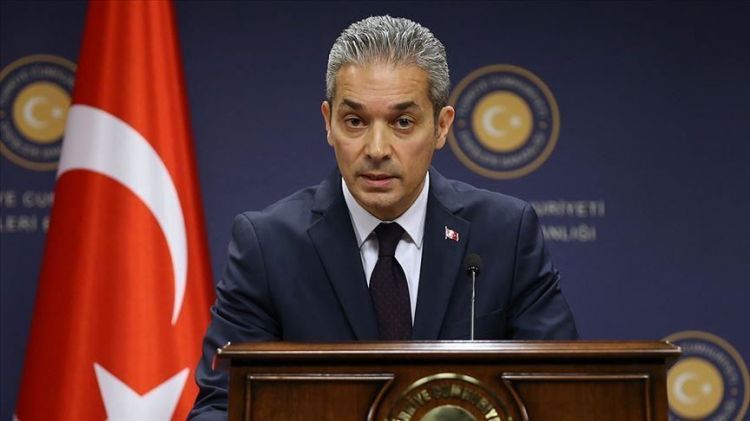 Greece should take steps to end its own barbaric acts before accusing the Turkish government of barbarism, said Turkey on Thursday, EDNews.net reports citing Anadolu Agency.

Rebuffing remarks by Greek Foreign Minister Nikos Dendias accusing Turkey of "barbarism," Foreign Ministry spokesman Hami Aksoy called on Greek authorities to stop treating Turkey like an enemy and urged them to be "reasonable and understanding."

Telling how Greece itself violates the basic rights and freedoms of asylum seekers at its door, Aksoy said these violations have been criticized in reports by international human rights groups.

"It is shameful for those who commit all manner of cruelty against innocent people at the border before the eyes of the world to call Turkey 'barbaric'," he added, referring to Greek forces' documented violence and mistreatment towards asylum seekers.

"The Greek government must first get rid of its own 'barbarity'," said Aksoy, urging Greece to respect the rights of asylum seekers and end its torture, mistreatment, and “pushbacks” to Turkey.

"Also, those who claim to be the cradle of so-called civilization must respect those who do not share their language and religion," he added.

Earlier this year Greece was slammed over firing on asylum seekers at its border using sound, fog, and gas bombs, and rubber and metal bullets.

Numerous asylum seekers have also sought help on Turkey’s side of the border, saying they were forcibly pushed back by Greek soldiers, many adding that they were also robbed of their clothing and belongings.

Many other incidents have also been reported where asylum seekers in boats were forcibly pushed back by Greek forces only to be rescued by the Turkish Coast Guard.