Protests rage for fourth day over Floyd ‘s death in the US | Eurasia Diary - ednews.net 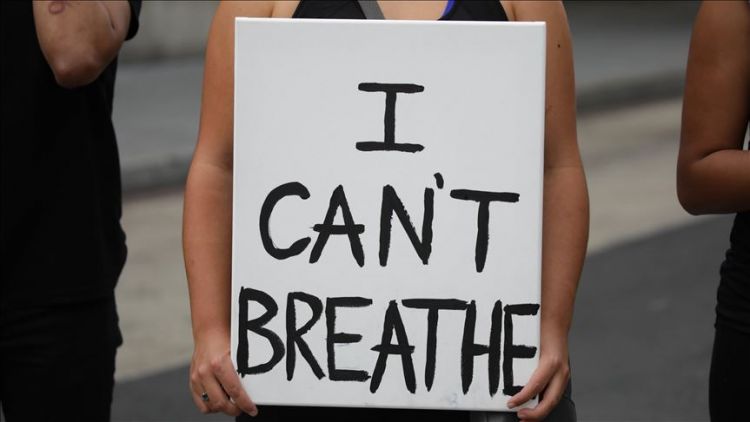 Demonstrators gathered Friday across the US for a fourth straight day to protest the death of an unarmed black man who was killed as he was pinned down by a white Minneapolis, Minnesota police officer, EDNews.net reports citing Anadolu Agency.

Since Monday when Geroge Floyd died while Derek Chauvin knelt on his neck for more than eight minutes, protests have erupted in Minneapolis.

But police also clashed with protestors in Los Angeles and New York City, among other cities.

Despite peaceful protests, some were marred by looting, arson and brawls with police. Protests also took place in Boston, Massachusetts and Memphis, Tennessee, Louisville, Kentucky, Detroit, Michigan and Houston, Texas.

The fresh protests came hours after Chauvin was charged with third-degree murder and manslaughter, according to Hennepin County Prosecutor Michael Freeman in Minneapolis.

Protestors are demanding the arrest of three other police officers shown in video footage captured at the scene when Floyd was arrested, be fired along with Chauvin.

Late Friday, protestors gathered in Minneapolis despite a curfew that was imposed by Mayor Jacob Frey in hopes of quelling violent protests. Frey fired all four officers Tuesday.

Earlier in the day, a group of protestors made their way to the White House in the nation's capital, where they faced a police response with some clashing with the secret service members.

In Atlanta, Georgia protesters burned a police car and broke glass of the front gate of CNN’s headquarters, according to videos circulated on social media.

In all, protestors carried banners that read "Black Lives Matter," and chanted "No Justice, No Peace!" and "I can't breathe" slogans.

Floyd, 46, was arrested Monday after reportedly attempting to use a counterfeit $20 bill at a local store.

Video footage on Facebook showed him handcuffed and cooperating.

But police claimed he resisted arrest. Chauvin kneeled on his neck, despite Floyd’s repeated pleas of "I can't breathe."

Shortly after, Floyd appeared to lose consciousness, but the officer maintained his position on the victim.

He died shortly after being taken to a hospital.

Earlier President Donald Trump said he spoke to the Floyd's family and sent "our nation's deepest condolences and most heartfelt sympathies to the family of George Floyd."