WHO warns of pressure on Latin American health systems 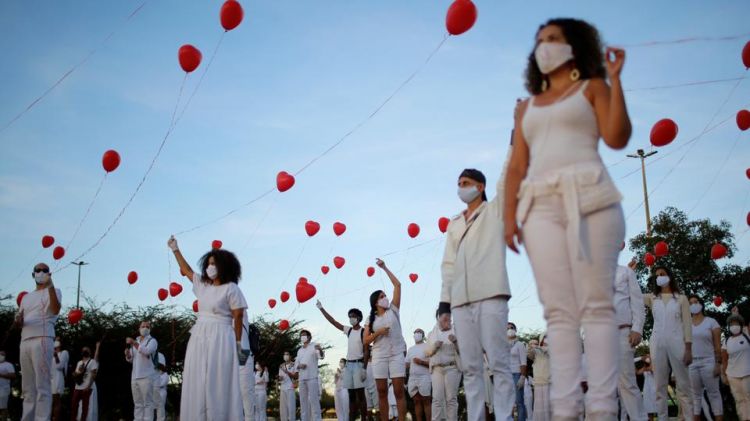 With nearly 30,000 dead in Brazil and more than 10,000 dead in Mexico, the novel coronavirus epidemic threatens to shatter hospital systems across Latin America – while France, which is emerging from a similar nightmare scenario, begins on Tuesday a gradual return to normalcy, EDNews.net reports citing AFP.

Four of the 10 countries showing the greatest number of new Covid-19 cases over the last 24 hours were in Latin America, the World Health Organization's emergencies director Michael Ryan said.

The pandemic has now killed more than 377,000 people and infected at least 6.3 million since erupting in China in late 2019.

Efforts to halt its spread by imposing restrictions on everyday life have plunged economies into recession.

However in Europe, schools, pools, pubs and tourist sites have begun to open, defying warnings that this could trigger a second wave of infections.

The United States – where the pandemic has been overshadowed by unrest following the death of a black man at the hands of a white police officer – remains by far the worst-affected country.

But novel coronavirus cases are spreading quickly in Latina America. Brazil, Peru, Chile and Mexico are experiencing the largest daily increases, while the numbers are on the rise in Argentina, Bolivia, Colombia and Haiti.

"Countries are having to work very, very hard to both understand the scale of infection but also health systems are beginning to come under pressure across the region," said Ryan, speaking at a virtual press conference from Geneva. He expressed particular concern for Haiti.

Latin America has passed one million cases and recorded more than 50,000 deaths. Brazil has reported more than half of those cases and close to 60 percent of the fatalities.

Even so, the mayor of R io de Janeiro announced Monday that the popular tourist city would begin to gradually ease lockdown measures starting Tuesday, beginning with the reopening of places of worship and water sports.

Mexico also began reopening on Monday, reactivating the automotive industry, mining and construction even though the country has recorded more than virus 10,000 deaths -- second only to Brazil in Latin America.

Ryan warned that the region is not out of danger yet.

"I would certainly characterize that Central and South America in particular have very much become the intense zones for transmission of this virus," he said.

"I don't believe we have reached the peak in that transmission and, at this point, I cannot predict when we will."