Trump threatens to send US military into cities to quell protests 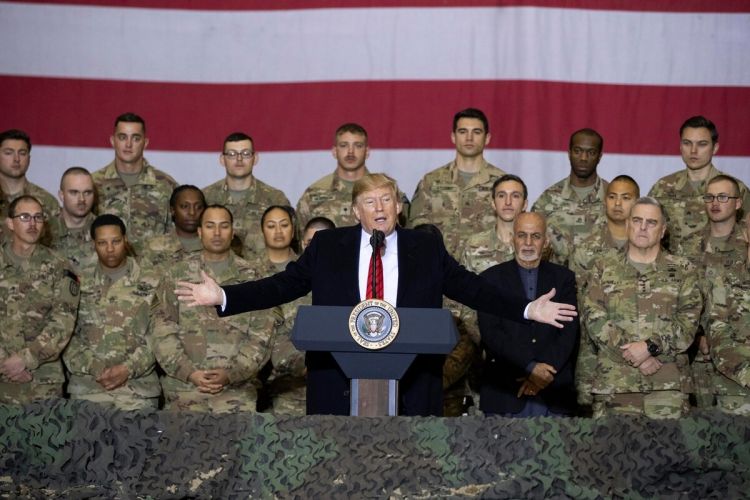 President Donald Trump said on Monday he was deploying thousands of heavily armed soldiers and law enforcement to stop violence in the US capital and vowed to do the same in other cities if mayors and governors failed to regain control of the streets, EDNews.net reports citing France 24.

As Trump spoke in the Rose Garden of the White House, live television images showed police firing tear gas to dispel demonstrators in Lafayette Park, across the street.

"Mayors and governors must establish an overwhelming law enforcement presence until the violence has been quelled," Trump said. "If a city or state refuses to take the actions that are necessary to defend the life and property of their residents, then I will deploy the United States military and quickly solve the problem for them."

The demonstrations, largely peaceful during the day but turning violent after dark, have erupted over the death of George Floyd, a 46-year-old African American who died in Minneapolis police custody after being pinned beneath a white officer's knee for nearly nine minutes.

A second autopsy ordered by Floyd's family and released on Monday found that his death was a homicide by "mechanical asphyxiation", meaning some physical force interfered with his oxygen supply. The report says three officers contributed to Floyd's death.

The Hennepin County Medical Examiner on Monday released details of its autopsy findings that also said Floyd's death was a homicide caused by asphyxiation. The county report added that Floyd suffered cardiopulmonary arrest while being restrained by police and that he had arteriosclerotic and hypertensive heart disease, fentanyl intoxication and recent methamphetamine use.