India is ready to abandon the Su-57 and focus on buying the American F-35s
Read: 710

In near future I will try to give more detailed explanations on all issues - Armenia's second president
Read: 398 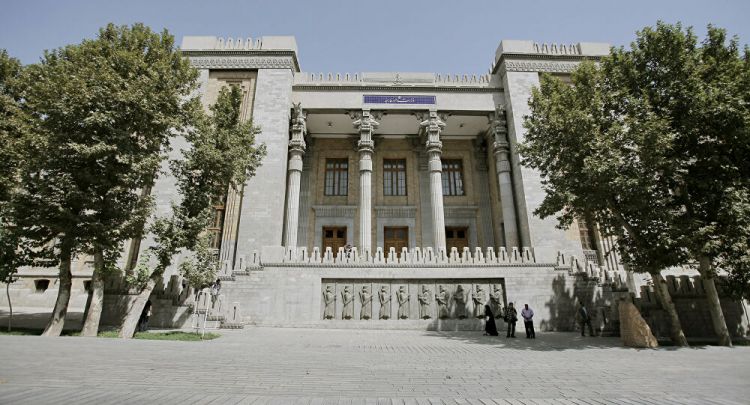 Earlier, Iranian Foreign Ministry spokesman Abbas Mousavi on 25 June dismissed the US State Department's annual report on terrorism, claiming that the “biggest state sponsor of terrorism” was in no position to judge other countries, EDNews.net reports citing Sputnik.

Iran's Foreign Ministry on Sunday lashed out at the US for using taxpayer money to fund “atrocities” committed by members of the anti-Iran group Mujahedin-e Khalq (MEK/MKO), reports Press TV.

In a tweet late on Sunday the ministry wrote that the Mujahedin-e Khalq organisation is a “terror cult” that has the blood of innocent Iranians on its hands. The ministry also slammed Europe for “offering shelter to the corrupt grouplet”.

The US and Europe, claimed the Iranian Foreign Ministry, were thus aiding and abetting the actions of the organisation.

On Saturday, Iranian Foreign Ministry spokesman Abbas Mousavi branded the US and Europe as supporters of Mujahedin-e Khalq and their crimes of terror, as he recalled that exactly 39 years ago, on 28 June 1981, Iran's Chief Justice Ayatollah Beheshti along with 72 senior figures were assassinated when a powerful bomb went off at the headquarters of Iran's Islamic Republic Party (IRP) in Tehran during a meeting of party leaders. Tehran denounced Mujahedin-e Khalq for the attack.

The MKO has been blamed for numerous terrorist attacks against Iranian civilians and government officials since the success of the Islamic Revolution in Iran in 1979.

The United States removed the Iranian exile group Mujahedin-e Khalq Organisation from its list of foreign terrorist organisations in 2012, with the State Department saying that Secretary of State Hillary Clinton made the decision, effective on 28 September, in view of the MKO’s “public renunciation of violence, the absence of confirmed acts of terrorism by the group for more than a decade”.

At the time, the MKO’s Paris-based leader, Maryam Rajavi, welcomed the decision in a statement, vowing to step up its international campaign against the Tehran regime.

Earlier, in January 2009, the European Union decided to remove the Mujahedin-e Khalq Organisation (MKO) from its list of terrorist organisations.

‘In No Position to Judge Others’

“The Islamic Republic of Iran categorically rejects and condemns the US’ annual Country Reports on Terrorism because that regime is blatantly shifting the blame onto others, is utterly insincere, and has double standards in the fight against terrorism”, said Mousavi in a statement on 25 June.

The Iranian spokesperson denounced Washington’s unilateral sanctions and “economic terrorism” against Iran as the latest example of the US administration’s “terrorist measures against independent nations”, according to the Foreign Ministry’s website.

“The United States of America’s regime, known as the biggest state sponsor of terrorism and the main sponsor of the aggressive and occupying Zionist regime, is in no position to claim to be fighting against terrorism and make judgments about this issue”.

In its Country Reports on Terrorism 2019, the US Department of State hailed the “maximum pressure” campaign targeting Iran as “the world’s worst state sponsor of terrorism”.

The report claimed that Washington had succeeded in constraining some of Iran’s activities by putting “overwhelming financial pressure” on Iran, with a spate of new sanctions targeting Tehran and its proxy forces in countries like Lebanon, Iraq, and Yemen.

In April, the US designated Iran’s Islamic Revolutionary Guard Corps (IRGC), including its Quds Force, a foreign terrorist organisation.

Tehran has been experiencing economic hardship since the US unilaterally withdrew from the 2015 Joint Comprehensive Plan of Action (JCPOA), known commonly as the Iran nuclear deal, on 8 May 2018, re-imposing tough sanctions against Iran’s banking and energy sectors.

Exactly a year later, Tehran announced that it had suspended some of its obligations under the JCPOA, while adding that it doesn’t want to leave the deal.