India is ready to abandon the Su-57 and focus on buying the American F-35s
Read: 710

Tural Ganjaliyev joined online conference on the theme of fight against terrorism and radical extremism during pandemic
Read: 444 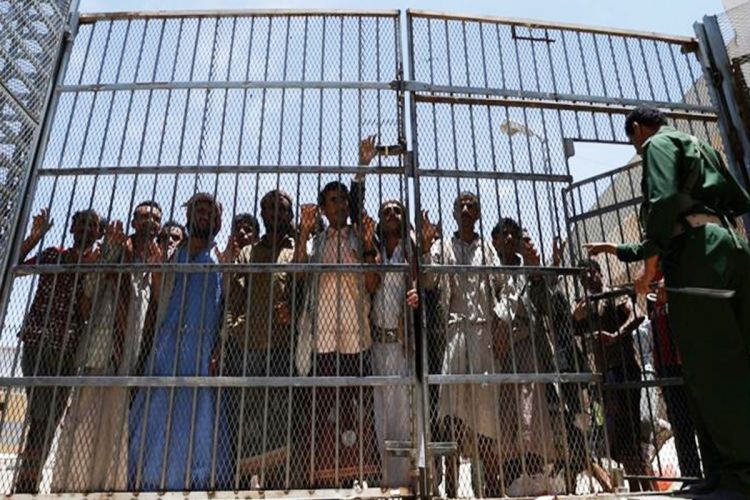 Around 20,000 people are being held in hundreds of prisons in Yemen in areas under the control of Iran-backed Houthi militias, EDNews.net reports citing Yeni Safak.
The information was disclosed during an online symposium organized by a human rights coalition, Yemen’s official SABA news agency reported.
Mutahar Al-Badhiji, executive director of the Yemeni Coalition to Monitor Human Rights Violations, said during the symposium that Yemen has gone through its worst humanitarian crisis during the past year and a half due to the systematic violations of the Houthi militias against people.
Murad al-Garati, president of the Temkin development and human rights organization, said roughly 20,000 people are being held in 790 official and informal prisons under Houthi control.
He added that the Houthis have recruited 7,000 children and are responsible for planting landmines in various cities that have killed 6,000 people.
Yemen has remained wracked by violence since 2014, when the Iran-aligned Houthi group overran much of the country, including the capital Sana’a.
The conflict escalated the following year, when Saudi Arabia and its Arab allies launched a massive air campaign aimed at rolling back Houthi gains in Yemen and supported the country’s pro-Saudi government.