daily news
French man accused of abusing more than 300 Indonesian children has died
The loss of the three young men is extremely sad and we share grief of their families – British journalist
EU Special Representative expresses concern over tension on Armenia-Azerbaijan border
Zakharova's message is directed primarily to Armenia - Ahmed Alili
Provocation by Armenia aims to involve the third states to the Armenia-Azerbaijan conflict - Azerbaijani MFA
Unemployment rate in Russia in June may reach 6.3%
Protests after Pennsylvania police officer filmed kneeling on man’s head and neck
141 killed or missing due to floods since June in China
﻿

What does withdrawal of US troops from Iraq mean? - American military expert explains
Read: 697

Konul Nurullayeva attended a videoconference of the PACE Committee
Read: 424

Open Skies Treaty to collapse if US talks allies into quitting it
Read: 391 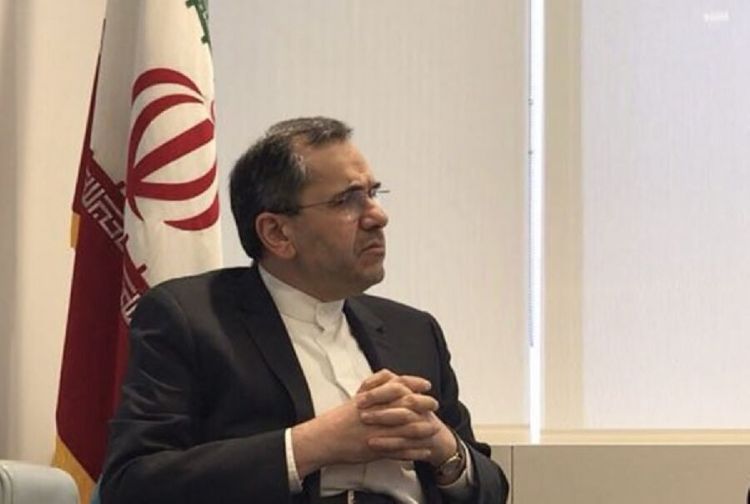 Iran’s Ambassador and Permanent Representative to the United Nations Majid Takht Ravanchi says the US will hear once again the world supporting the July 2015 nuclear deal at the UN Security Council meeting on Tuesday, EDNews.net reports citing IRNA.

Ravanchi made the remarks in an interview held in New York, US, with IRNA on Tuesday.

In his remarks, the ambassador underlined that the US effort to extend arms embargo against Iran is in complete contradiction with the UN Resolution 2231.

Resolution 2231 (2015) urges full implementation of the Joint Comprehensive Plan of Action (JCPOA) on the timetable set by the Deal and sets forth the next steps for the eventual removal of Security Council sanctions on Iran.

Such willingness indicates that the world is against the US stance on the issue, the senior diplomat noted.

Iran and the six world powers- US, UK, France, Russia, China and Germany- signed a landmark nuclear agreement, aka JCPOA, on July 14, 2015, after months of intensive talks.

But the US withdrew unilaterally from the deal on May 8, 2018, and imposed sanctions on Iran at the highest level of its kind.