Russian T-14 Armata tank could be transformed into nuclear weapon - US
Read: 778

Presidents of Russia, Belarus to unveil monument to Soviet soldiers in Central Russia 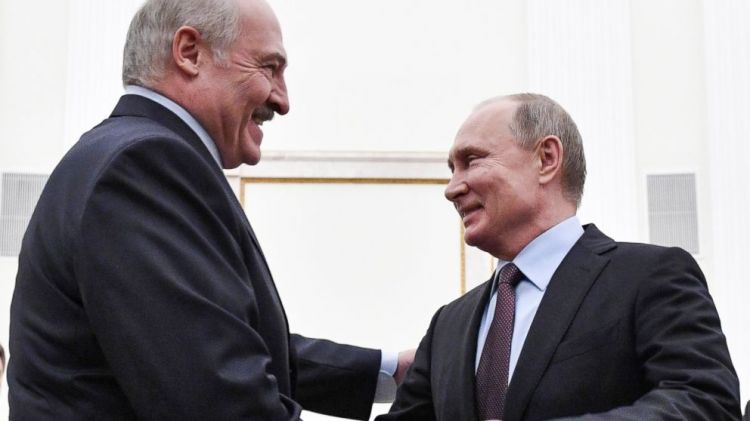 The presidents of Russia and Belarus, Vladimir Putin and Alexander Lukashenko, will attend the ceremony to unveil a monument to Soviet soldiers in the central Russian city of Rzhev, EDNews.net reports citing TASS.

It will be the Russian leader’s first trip outside the Moscow Region since the start of the pandemic.

According to the Kremlin press service, Putin and Lukashenko will take part in the unveiling ceremony of the Rzhev monument dedicated to Soviet soldiers.

Lukashenko said on June 24 that apart from attending the ceremony, he also planned to discuss bilateral cooperation.

The monument to Soviet soldiers and officers was created thanks to people’s donations, at the initiative of World War II veterans "who addressed the Union State committee and the research section of the Russian Military Historical Society to commemorate their wartime comrades on the 75th anniversary of the Victory of the Great Patriotic war." It is located near the village of Khoroshevo in the Tver Region. The project was implemented by the Russian Military Historical Society with the assistance of the Union State, the Russian Ministry of Culture and the government of the Tver Region.

After an open international competition for the best architectural and artistic work, a 25-meter-tall bronze figure of a soldier erected on a 10-meter artificial mound won. The project was implemented by the Russian Military Historical Society with the assistance of the Union State, the Russian Ministry of Culture, the government of the Tver Region and the Victory Museum.

Presidential aide Vladimir Medinsky earlier said the monument was completed in April, but the formal ceremony to unveil it was postponed due to the novel coronavirus pandemic.