US blocked major arms deals with Turkey, including the F-16 modernization
Read: 772

“Armenia once again demonstrates that it cannot live in peace with its neighbors” - Azerbaijani Presidential aide
Read: 761

'I want to thank all the young people in this country!' - UNICEF Representative to Azerbaijan on International Youth Day - VIDEO
Read: 741 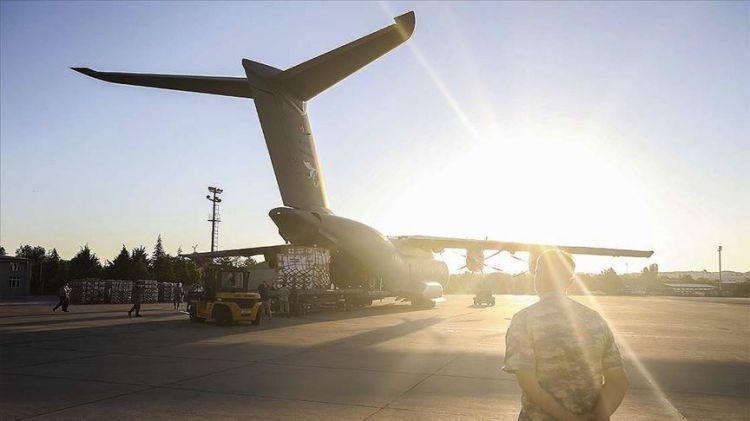 A Turkish military aircraft carrying medical supplies, which departed from the capital Ankara for Iraq to help fight the pandemic, landed at the Baghdad International Airport on Wednesday, EDNews.net reports citing Anadolu Agency.

"The Turkish Armed Forces aircraft carrying medical supplies for use against the #COVID19 outbreak has landed in Iraq," the National Defense Ministry said on Twitter.

The medical supplies were "jointly prepared by the Health Ministry and the Ministry of National Defense, at the direction of President Erdogan, for use against the COVID-19 outbreak," the ministry also said.

The boxes containing the aid carried a message for the people of Iraq: "After hopelessness, there is so much hope, and after darkness, there is the much brighter sun,” it said both in Turkish and Arabic, quoting the words of 13th century Sufi poet Jalaluddin Rumi.

Turkey has helped at least 125 countries with humanitarian aid, including the US, UK, Italy, and Spain, making it the world's third-largest aid provider during the pandemic.

Worldwide, the virus has killed more than 511,500 people, with total infections over 10.48 million, and recoveries exceeding 5.36 million, according to figures compiled by US-based Johns Hopkins University.