The first stage of tactical exercises continues with the participation of units of the Land Forces - VIDEO
Read: 773 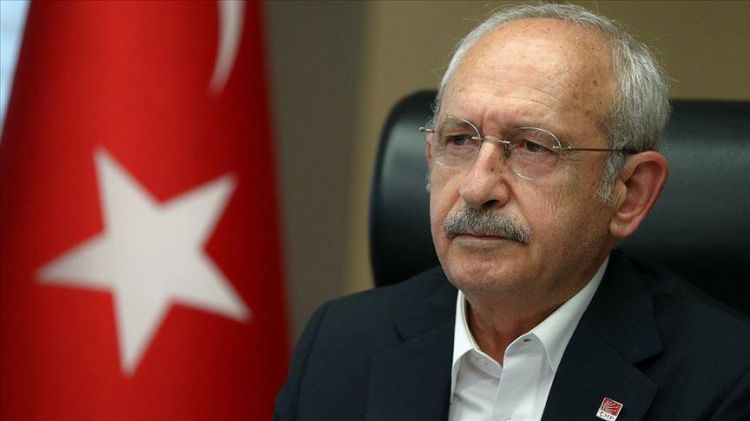 Turkey’s main opposition Republican People’s Party (CHP) leader Kemal Kılıçdaroğlu has said that leaders of political parties should not run for president, as the head of the nation has to perform in full partiality in line with the Constitution. Kılıçdaroğlu also underlined the need for consultations with the leaders of the oppositional alliance before nominating a presidential candidate, EDNews.net reports citing Huriyyet Daily News.

As a result of compressive constitutional amendments in 2017, Turkey adapted an executive-presidential system that allows the elected president to be a member or chair of a political party. President Recep Tayyip Erdoğan who was elected in 2018 is the leader of the ruling Justice and Development Party (AKP).

“If the president will represent 83 million citizens, then he should not be the leader of a political party. The president’s impartiality and neutrality are very important,” the CHP leader stated.

Kılıçdaroğlu recalled that the oppositional parties have established an alliance and succeeded to defeat the AKP and its main supporter the Nationalist Movement Party (MHP) in 2019’s local elections as their joint candidate won major cities like metropolis Istanbul and capital Ankara.

“It’s not ethically right to make a decision [on a presidential candidate] without receiving their opinions and ignoring their expectations as for the presidency,” he said, referring to other oppositional parties’ leaders.

Kılıçdaroğlu also said that he will talk with the leaders of the İYİ (Good) Party, Felicity (Saadet) Party, and the Democrat Party during the process.

“It’s difficult to decide it now,” Kılıçdaroğlu said, adding that the parties will either nominate their candidate or compromise on a joint candidate.

Turkey’s next elections will be held in June 2023.