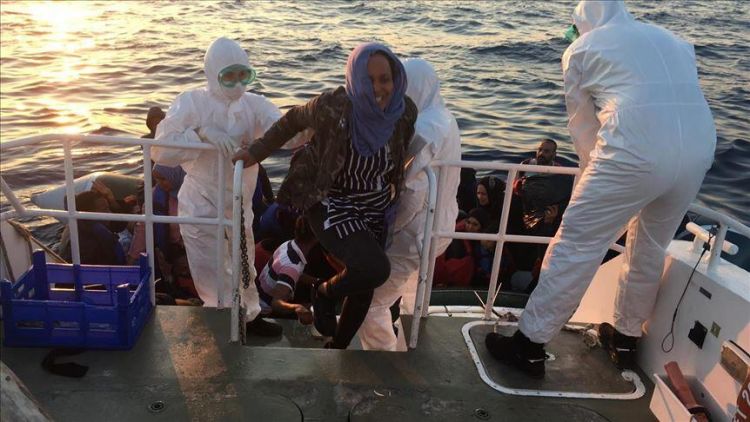 The sources said the Greek coastguard pushed two life rafts carrying 36 people back towards the coast of Karaburun district in Turkey’s İzmir province.

They added that the Greek coastguard did the same thing to a rubber boat carrying 29 people off the coast of Aslan Burnu in Izmir.

All of the asylum seekers were transferred to the provincial immigration authority.

Meanwhile, EU commissioner for home affairs on July 6 called on Greece to investigate pushbacks of migrants at its border with Turkey.

“We can’t protect EU borders by violating European rights,” Ylva Johansson said at a hearing on the situation at the Greek-Turkish border, which was organized by the civil liberties committee of the European Parliament.

The commissioner called on all EU states as well to investigate and follow illegal pushback cases.

She also proposed to set up a new EU mechanism to verify allegations on illegal pushbacks because the EU does not currently have a mandate to do so.

Also participating in the debate was Greek Minister of Citizen Protection Michalis Chrisochoidis. He refused the allegations but promised to investigate all cases.

He also stressed that Greece is a democratic country respecting human rights and EU law.