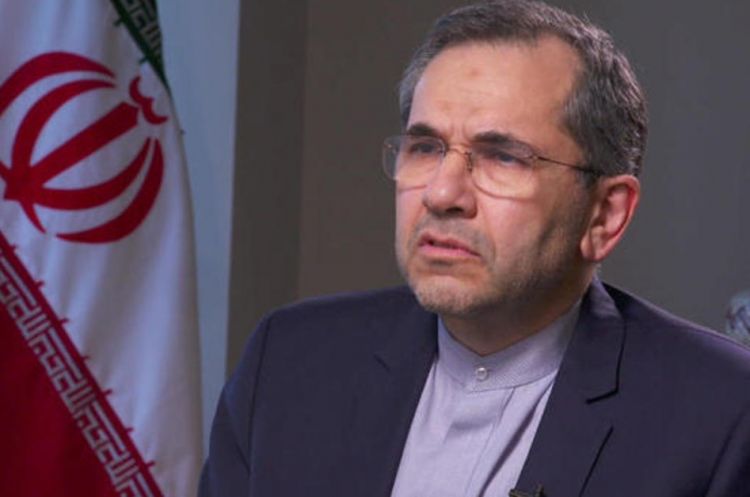 On July 4, 1982, Ahmad Motavasselian, Mohsen Mousavi and Taqi Rastgar-Moqaddam, three diplomats of Iranian Embassy in Lebanon, along with Kazem Akhavan, IRNA’s photojournalist were held captive by the Lebanese Phalange forces on their way to work on the route of Tripoli-Beirut.

In his letter which was written on the occasion of the 38th anniversary of kidnapping Iranian diplomats, Takht Ravanchi said based on reports these diplomats had been handed over to Zionist regime forces immediately after being kidnapped near Beirut in an area which was occupied by Israeli regime.

Further evidence shows that they have been held in Israeli prisons and are still alive, he added.

Underlining the importance of the humanitarian issue, he referred to Iran's suggestion to the International Committee of the Red Cross (ICRC) with regard to forming a fact-finding committee to probe into the issue.

He also urged the UN chief to support the committee's activities.

Referring to the fact that kidnapping Iranian diplomats is blatant violation of the International Law, Takht-e Ravanchi emphasized UN responsibility to address the issue.

Elsewhere in his remarks, Iranian envoy pointed to Lebanese government's cooperation, reminding that Lebanon had officially called on the UN secretary general to shed light on the fate of kidnapped Iranian diplomats.

Earlier, Foreign Ministry in a statement on stressed the need for continuing efforts to determine fate of the kidnapped diplomats in 1982 in northern Lebanon by the Zionist regime's stooges, and said that evidence suggests the abducted diplomats have been handed over to the occupying Israeli regime, and are now being held in the prisons of the outlaw regime.

Unfortunately after a lapse of many years since the criminal and terrorist act was carried out, the international community and human rights organizations have not taken any serious action against this crime, and that the occupying Israeli regime continues with systematic crimes against humanity enjoying the US support and refusing international responsibility for the systematic crimes against humanity, the statement said.