“Armenia once again demonstrates that it cannot live in peace with its neighbors” - Azerbaijani Presidential aide
Read: 726

'I want to thank all the young people in this country!' - UNICEF Representative to Azerbaijan on International Youth Day - VIDEO
Read: 704

Russia to enlarge Navy by receiving 40 new warship in 2020 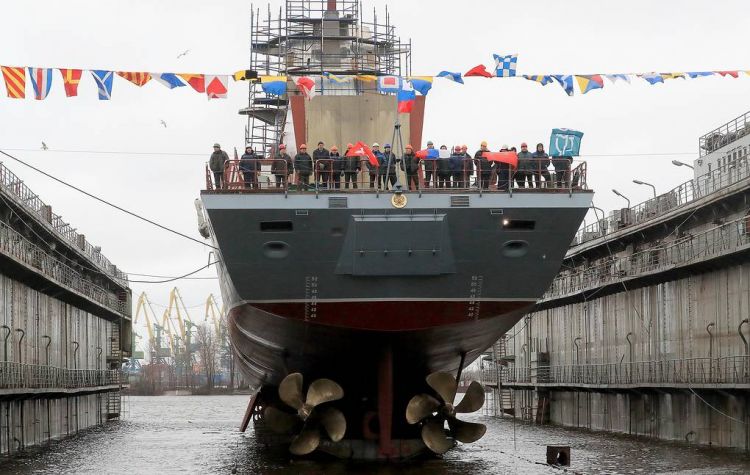 The Russian Navy will receive about 40 ships and vessels of various classes in 2020, Navy Commander-in-Chief Admiral Nikolai Yevmenov said in an interview with the Defense Ministry’s newspaper Krasnaya Zvezda on Monday, EDNews.net reports citing TASS.

"Overall, about 40 ships and vessels of various classes will be accepted for service with the Russian Navy in 2020," the admiral said, stressing that this suggested the efficient implementation of the military shipbuilding program in Russia.

The admiral cited as an example the float-out of new serial-produced ocean-going warships: the corvette Retivy and the frigate Admiral Golovko.

"Their crews underwent training under new programs at the Navy’s integrated training center, which were worked out taking into account the operation of new hardware and armament," the Navy chief said.

The Admiral Golovko is the Project 22350 third ship. Project 22350 frigates are expected to become the Russian Navy’s most advanced warships in their class. These frigates displace 4,500 tonnes and can develop a speed of 29 knots. They are armed with Oniks and Kalibr missiles and Poliment-Redut air defense missile systems.

The Retivy is the Project 20380 sixth serial-produced (seventh-built) corvette laid out at the Severnaya Shipyard in St. Petersburg on February 12, 2015. In October 2017, the construction of the ship’s hull was completed and in March 2018 engines and the reduction gear were installed on it.