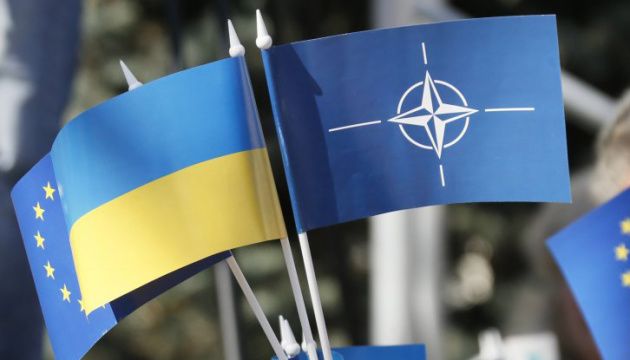 Vice Prime Minister of Ukraine for European and Euro-Atlantic Integration Olha Stefanishyna said this after negotiations at NATO headquarters in Brussels on July 8, answering a question from an Ukrinform correspondent on whether the issue of Hungary’s position had been raised, an issue that has long blocked the work of the Ukraine-NATO Commission at the ministerial level.

“The issue of Hungary has not been raised. At the same time, most members of the Commission emphasized the importance of resuming the work of the Ukraine-NATO Commission at the ministerial level. For our part, we stressed that the dialogue [with Hungary] is still ongoing; it has been confirmed by the foreign ministers of both countries. Therefore, we share the expectations of our allies, and we hope that a meeting of the Ukraine-NATO Commission at a higher level will take place,” the Deputy PM said.

As Ukrinform reported, Hungary-Ukraine relations deteriorated again after the Verkhovna Rada passed the Law “On Ensuring the Functioning of the Ukrainian Language as the State Language” in April 2019. Hungary reacted negatively to the adoption of this law.

The Hungarian side also sharply criticized the adoption in Ukraine of the Law “On Education” in September 2017, which provides, in particular, for the wider introduction of the Ukrainian language, including the educational institutions of national minorities.

Despite numerous attempts by the Hungarian and Ukrainian sides to resolve the disputes through diplomacy, a full understanding has not yet been reached. Budapest continues to block the full-fledged meeting with the Ukraine-NATO Commission.

During a meeting with Hungarian counterpart Péter Szijjártó in Budapest in May 2020, Ukrainian Foreign Minister Dmytro Kuleba said that there are no objective grounds for significant problems between Ukraine and Hungary. The Ukrainian side expects to find mutually beneficial solutions and hopes for the resumption of Hungary’s full support for our country as a member of NATO.