Over 160 tanks and armored vehicles arrive for Russian Army and Airborne Force
Read: 692 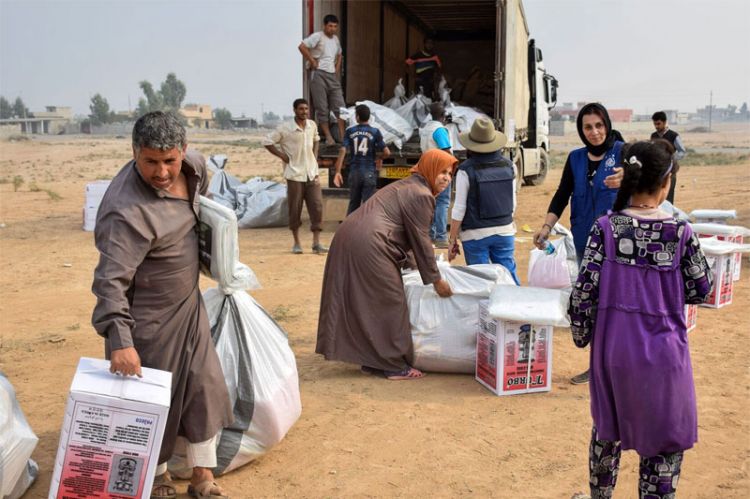 The 15-member council reduced the number of gates for aid deliveries from Turkey to Syria to one. Now only the Bab al-Hawa on the opposite of Cilvegozu border crossing will remain open for aid delivery for another year.

After strenuous backroom negotiations, the arrangement was reached to prevent Russia’s veto and to renew the authorization -- which was in effect since 2014 and expired on Friday.

The council had been deadlocked, with most members pitted against Syrian allies Russia and China, in the council’s fifth vote this week on the issue.

The resolution drafted by Germany and Belgium was supported by 13 countries, while Russia, China, and the Dominican Republic abstained.

Under the resolution, Bab al-Salam border crossing on the opposite of Oncupinar will remain closed for UN aid deliveries.

Earlier, Turkey had asked for an extension of the UN Security Council Resolution 2504 for another year to keep the Cilvegozu and Oncupinar border gates open for delivering aid to Syria.

As many as 300,000 vulnerable Syrians in northern Aleppo used to get the UN aid through the Bab al-Salam, which now stands closed.

Around 2.8 million people in northwestern Idlib will, however, continue receiving aid through the Bab al-Hawa, which will remain open.

While the humanitarian aid was delivered to Syria previously through four border crossings, Russia closed ar-Ramtha border crossing between Syria and Jordan, and al-Yarubiyah with Iraq last year.

Syria has been locked in a vicious civil war since early 2011 when the Bashar al-Assad regime cracked down on pro-democracy protests.

Since then, hundreds of thousands of people have been killed and more than 10 million displaced, according to UN figures.