Russia trying to aid Trump in election - US Intelligence
Read: 398 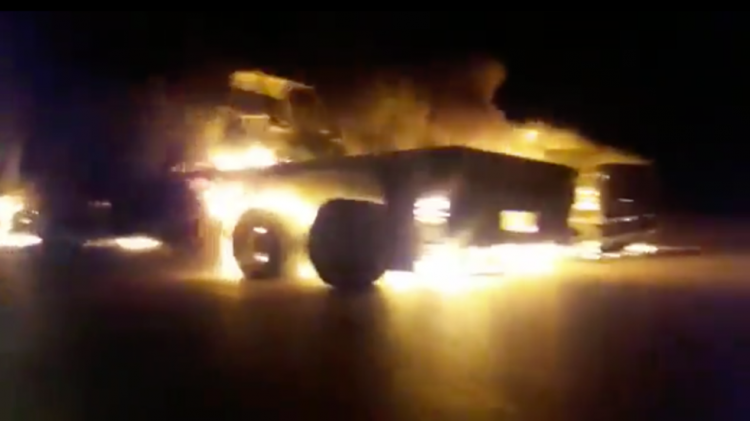 Militants on pickup trucks attacked a logistics supply convoy headed to a US military base in Iraq, forcing it to stop, got the local contractors out of the vehicles, and torched the trucks, according to local media reports. The incident happened on the Samawah-Diwaniya highway as the convoy, operated by Iraqi citizens and carrying supplies from Basra to one of the US bases in Iraq, came under attack by unknown assailants on Saturday night, EDNews.net reports citing Sputnik News.

There were no reports of casualties in the brazen attack, but at least three vehicles were completely destroyed in a raid that apparently lasted less than 10 minutes.

Videos and photos posted to social media, which purported to have captured the aftermath of the attack, showed intense flames engulfing the trucks.

"Four trucks were attacked in the Najme region between Diwaniyah and As-Samawah," an Iraqi security source told Sputnik, adding that the attackers “asked” the drivers to get out of the vehicles before torching them and fleeing the scene.