daily news
Turkey slams UAE over recent deal with Israel
Any attack on Turkish drill ship will cost dearly: Erdoğan
There are no other countries in the world today as close and attached to each other as Turkey and Azerbaijan - President Ilham Aliyev
Egyptian president hails UAE-Israel agreement
Russia's Tu-160M2 and Tu-22M3M bombers to get Su-57 fighter tech
Turkey aimed the S-400 missile system against F-16s, and this angered Washington
Russian Navy warship wraps up visit to Algeria
Israel and United Arab Emirates strike major diplomatic agreement
﻿

The first stage of tactical exercises continues with the participation of units of the Land Forces - VIDEO
Read: 751 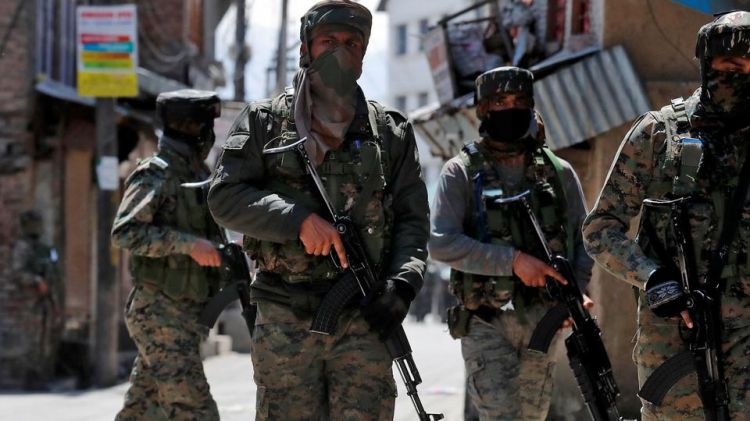 As Kashmiris in the India-administered portion of the disputed Himalayan region observe Martyrs Day, more activists face an uncertain future in custody, including a leader tipped to replace Syed Ali Geelani as the new head of the All Parties Hurriyat (Freedom) Conference, EDNews.net reports citing TRT World.

The move came ahead of the annual Martyrs Day in Kashmir which honours the memory of 22 Kashmiri Muslims killed by a Hindu ruler on July 13, 1931.

This year, the day was dropped from the list of official holidays by the regional administration which is under the direct rule of the Indian government following the abrogation of the region's special autonomous status in 2019.

Singh said Sehrai and roughly a dozen members of Jamaat e Islami were detained and were likely to be booked under the Public Safety Act, which allows for detainees to be held for up to two years without trial.