Peace, prosperity and stability in Azerbaijan is significant for the true realization of international projects and UN 2030 Agenda - Qaiser Nawab
Read: 937 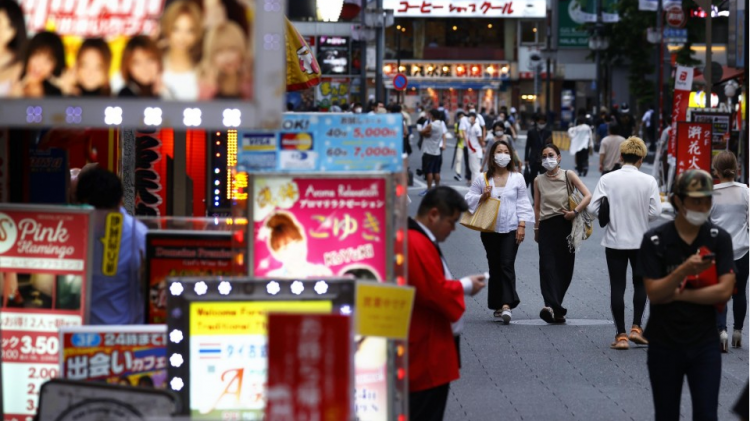 Tokyo is on its highest coronavirus alert level after a spike in new cases, the city's governor warned Wednesday, as experts said the rising infections were a clear "red flag", EDNews.net reports citing AFP.

However, the move to a "red" alert does not mean the city will ask businesses to close or events to be postponed. Even during a national state of emergency in April, there was no "lockdown" in Japan of the type seen in Europe.

"The experts just told us that the situation of infections is at the fourth level of the four-level system, which means 'the infections seem to be spreading,'" Governor Yuriko Koike said during a meeting on the virus.

Her comments came after a panel of experts said the city was seeing a spike in younger people infected with the virus, with cases in nightlife areas but also workplaces and in families.

"Our assessment is that can't but say this is the red flag, the highest level, if we simply look at numbers," said Norio Ohmagari, an expert on the panel.

Prime Minister Shinzo Abe lifted a nationwide state of emergency in late May and appears to have little appetite to reintroduce it, with the economy suffering its first recession since 2015.

But new daily cases have climbed after the state of emergency was removed, reaching a fresh record last week of 243 in Tokyo, the epicentre of the fresh outbreak.

Authorities say many of the new cases come from night-life entertainment districts in the capital and those infected appear to be people in their 20s and 30s, who are less likely to become seriously ill with the coronavirus.

As of Wednesday, there were only seven people requiring intensive care for coronavirus and authorities have insisted that the medical system is in better shape than at the height of the previous wave in April.

And despite the latest outbreak, the situation in Japan remains considerably less serious than in many other comparable countries in terms of population.

Japan has had just over 22,500 cases and close to 1,000 deaths since the disease was first detected in the country. No one has died of coronavirus in Tokyo for three weeks.

Japanese borders remain closed to nationals of more than 100 countries and even foreign permanent residents, but the government is launching a domestic tourism drive that has come under fire over fears it could spread the virus.