Peace, prosperity and stability in Azerbaijan is significant for the true realization of international projects and UN 2030 Agenda - Qaiser Nawab
Read: 938 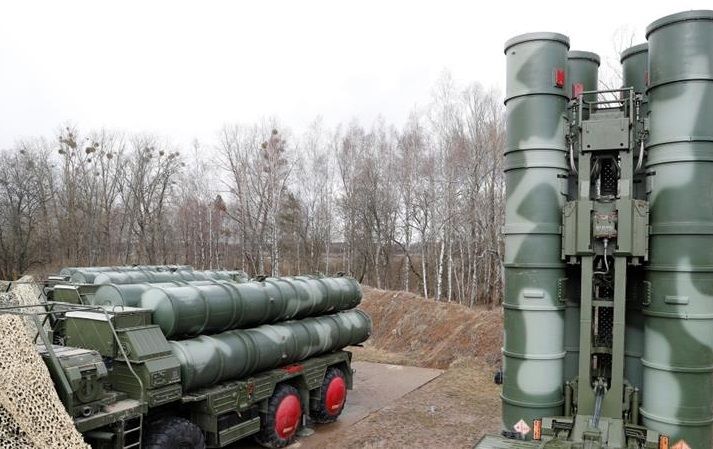 "Our relations and cooperation with the Russian Federation are developing in all the spheres. Cooperation in the defense industry also plays an important role in this context. The negotiations between the competent agencies of the two states continue," the envoy said, replying to the question about the progress in the talks on the delivery of the second regiment set of S-400 air defense missile systems.

"Officials from both countries give necessary answers to speculations on this issue. We are full of resolve to continue cooperation between our countries at the level of the leaders of the states. In this context, I believe that it would be better to focus on the specific results of our cooperation, ignoring speculations," the diplomat said.

Russia announced in September 2017 that it had signed a $2.5 billion deal with Turkey on the delivery of S-400 anti-aircraft missile systems to Ankara. Under the contract, Ankara received a regiment set of S-400 air defense missile systems (two battalions). The deal also envisages partial transfer of production technology to the Turkish side.

Turkey is the first NATO member state to purchase such air defense missile systems from Russia. The deliveries of S-400 launchers to Turkey began on July 12, 2019.

Turkey’s decision to acquire the Russian-made S-400 surface-to-air missile systems has caused a sharply negative reaction from the United States and NATO as a whole. The United States is not abandoning its attempts to make Turkey give up the Russian air defense systems.

As Turkey has not yielded to the pressure and has said that it will not give up the S-400 systems, Washington has excluded Ankara from the US program of developing the fifth-generation F-35 fighter-bomber.

The United States is also threatening Turkey with unilateral sanctions over the purchase of S-400 air defense systems but is in no hurry to take these steps out of fear of further worsening relations with a major NATO ally while Ankara has warned it will not leave the imposition of these restrictions unanswered.

The S-400 ‘Triumf’ is the most advanced long-range air defense missile system that went into service in Russia in 2007. It is designed to destroy aircraft, cruise and ballistic missiles, including medium-range weapons, and can also be used against ground installations. The S-400 can engage targets at a distance of 400 km and at an altitude of up to 30 km.