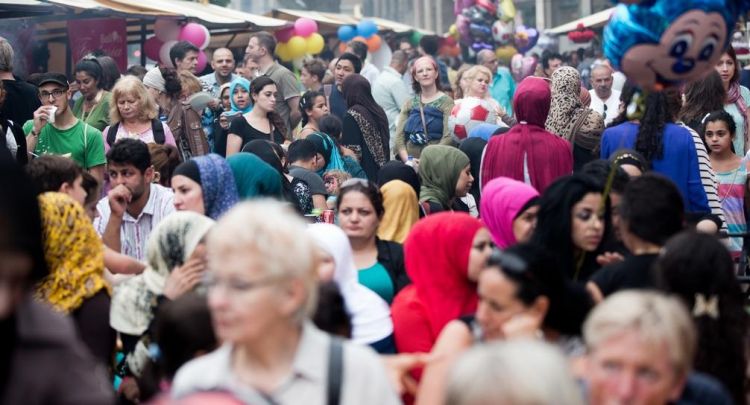 The share of people with a migrant background in Germany rose to 21.2 million last year, the Federal Statistical Office said in a report on Tuesday. They represent roughly 26% of Germany's population, EDNews.net reports citing Deutsche Welle.

The figure represented a 2.1% increase from the previous year, but it was the slowest rise in people with a migration background since 2011.

In Germany, a person is considered to have a ''migration background'' (Migrationshintergrund) if they, or at least one of their parents, were born without German citizenship. Being born in Germany is not an automatic qualification for citizenship as in some countries, although in the majority of cases, eight years residence will suffice.

Of the 21.2 million people with a migrant background, just over half were born as German citizens, meaning at least one of their parents had become or was a German citizen.

The largest single group, forming some 13% of people with a migrant background, originated from Turkey. Those from Poland and Russia followed respectively.

Location varied significantly, with a higher share of people with migrant backgrounds clustered in the west. The northwestern city-state of Bremen has the highest figures, with 36.5% of its total population having a migrant background. In contrast, the eastern state of Thuringia had only 7.8%.