US records a coronavirus death every minute as toll tops 150,000 | Eurasia Diary - ednews.net

US records a coronavirus death every minute as toll tops 150,000 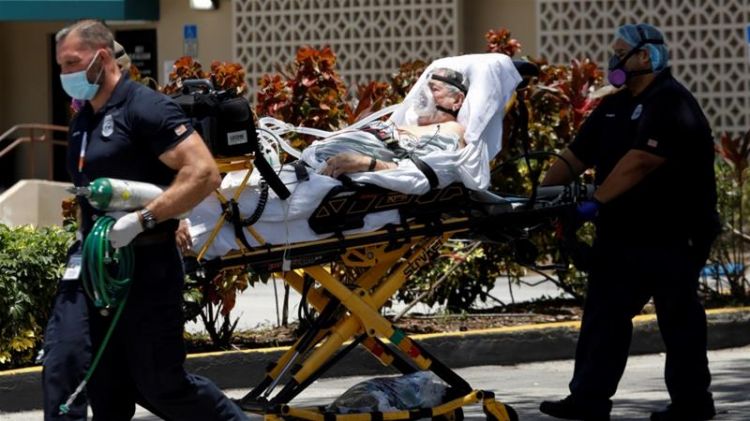 More than 150,000 people have died from the new coronavirus in the United States, far exceeding the toll in any other pandemic-hit nation, as the states of California, Florida and Texas all set one-day records for COVID-19 fatalities, EDNews.net reports citing Aljazeera.

The US recorded 1,461 new deaths on Wednesday, the highest one-day increase since 1,484 on May 27, according to Reuters data. This means one person in the country died about every minute from COVID-19 in the last 24 hours.

California had 185 fatalities, Florida reported 217 new deaths and Texas had at least 311 deaths with some counties yet to report.

The three states together account for one-quarter of the total US population.

Deaths from COVID-19 are rising at their fastest rate in two months, increasing by 10,000 in the past 11 days, but new infections do not appear to be rising at the same pace.

Amid the spike in deaths, Florida’s the Miami-Dade school district delayed the return of students to classrooms when the academic year begins on August 31.

The county has more than 350,000 students, making it the country's fourth largest school district.

"In light of viral surge in our community, it's in the best interest of students and employees to commence the 20-21 school year at a distance," Miami-Dade County Public Schools said on Twitter.