Russia welcomes US plans to reduce troop size in Afghanistan to 4,000
Read: 726 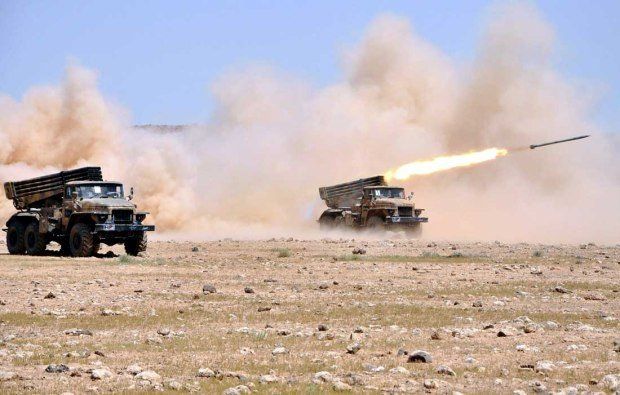 Over the past 24 hours, the Syrian army has increased the intensity of strikes on the positions of Islamist militants in the Idlib de-escalation zone, where, according to the Russian-Turkish agreements, the ceasefire formally continues to operate since March 6, EDNews.net reports citing Bulgarian Military News.

More than 200 artillery shells and rockets were fired, mainly in the regions of Jebel al-Zawiya (southern Idlib province) and Jebel Akrad (Latakia province). This was announced today, July 30, by the Military Observer portal.

On the southern sector of the Idlib front, firing positions, equipment and terrorist warehouses were attacked in the area of ​​the villages of Ain la Ruz, Al-Mauzra, Ballun, Fatira, Sfukhon, Erina, the large settlements of Al-Baraa and Kensafra.

The Islamists almost everywhere responded with rocket and artillery fire at the positions of government forces. The most active shelling of the army defensive line in the area of ​​the city of Kafr Nabal was conducted by the militants.

As reported by BulgarianMilitary.com, the Syrian army has recently been concentrating additional forces in the southern sector of the Idlib front – the Jebel al-Zawiya highlands and the Al-Gab valley.

Several terrorist groups continue to operate in this region at once, including Khuras al-Din and the Islamic Party of Turkestan, which is a violation of the Russian-Turkish agreements of March 5 this year.

Syrian Air Force planes on June 14 destroyed a convoy of terrorists in the Jebel al-Zawiya area in the south of Idlib province. Militants from the Khuras al-Din group, which is considered the Syrian branch of the terrorist organization Al-Qaeda, moved between the settlements of Deir Sunbul and Al-Baraa.

As a result of the air strikes, dozens of terrorists were killed and wounded, several armored vehicles and military vehicles were disabled. The convoy also included militants of the Islamic Party of Turkestan, most of which consists of mercenaries-Uighurs (a Turkic people living in the Xinjiang Autonomous Region in northwestern China).

Soon after the Syrian Air Force air raid, a Russian air group launched its most powerful strike since early March against terrorists in several areas on the administrative border of Idlib and Hama provinces. It was reported about the attacks of the Russian Aerospace Forces in the Al-Baraa area on the southern sector of the Idlib front.