US blocked major arms deals with Turkey, including the F-16 modernization
Read: 855

- The Jordanian historian Al-Armouti, author of the book “The Kashmir Crisis” / Why has not the Organization of Islamic Cooperation exerted any effort for Palestine and Kashmir? - PHOTOS
Read: 621 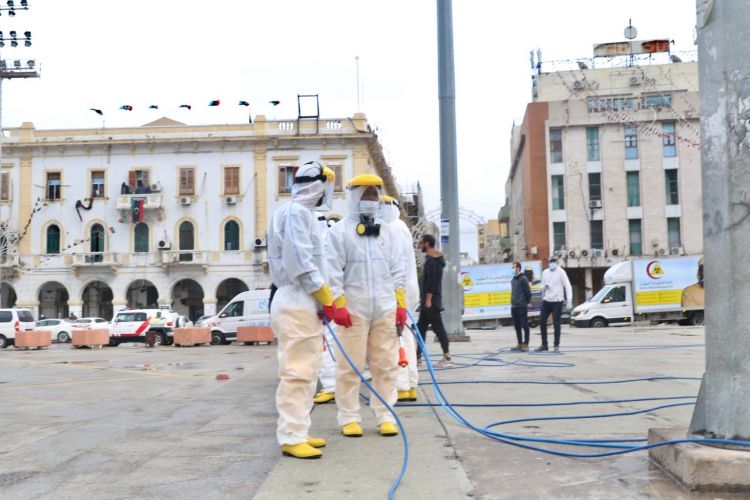 Libya’s internationally recognised government in Tripoli will impose a full lockdown in areas of the country it controls, it said on Thursday, after a sharp rise in coronavirus cases, EDNews.net reports citing Middle East Monitor.

Libya, split since 2014 between areas held by the Government of National Accord (GNA) in Tripoli and a rival administration in the east, managed to avoid an early surge of the pandemic.

However, the disease has been spreading more quickly this month and Libya’s National Centre for Disease Control (NCDC), one of the few bodies that operates across the country despite the conflict, has confirmed 3,222 cases.

Libya’s health system is in tatters after nearly a decade of chaos and war that has fragmented the state, destroyed infrastructure and left many people living in crowded conditions after fleeing their homes.

The main outbreaks are focused in Tripoli, the port of Misrata and in the southern desert town of Sebha, according to the NCDC, though cases have also been confirmed in most other major population centres.

The lockdown will start on Friday and last for at least five days, forbidding all movement outside except to buy necessities, and replacing a partial 9 p.m. to 6 a.m. curfew.

Friday will also be the first day of the Muslim festival of Eid al-Adha.

Authorities in Benghazi, in eastern Libya, have also imposed restrictions on movement but, with fewer cases confirmed there, have not yet ordered a full lockdown.