An opportunity emerged for our talking about normalization of relations of Azerbaijan and Armenia - FM
Read: 298

Choosing a way of diplomatic negotiations in the resolution of Armenian-Azerbaijani conflict is very important - American expert
Read: 245

The US Navy set off explosives next to its new aircraft carrier to see if the ship can handle the shock
Read: 198 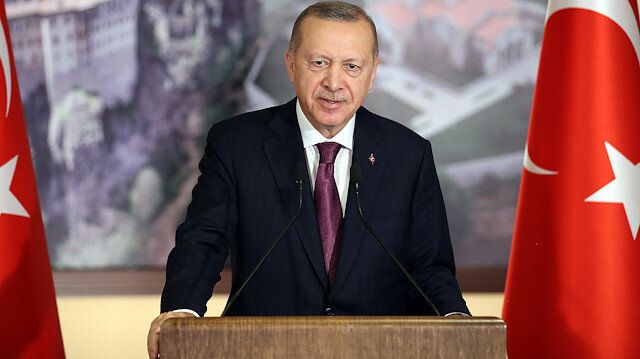 Turkey's President Recep Tayyip Erdogan on Friday held a phone talk with his Iranian, Algerian, and Tunisian counterparts on the occasion of Eid al-Adha, one of the two most important Muslim holidays, EDNews.net reports citing Yeni Safak.

According to a statement by Turkey's Directorate of Communications, Erdogan also discussed improving bilateral ties, regional issues as well as strengthening cooperation with Hassan Rouhani, Abdelmadjid Tebboune and Kais Saied.

Most Muslim-majority countries around the world, including Turkey, are observing the four-day holiday starting on Friday.