Azerbaijan has right to use its armed forces to take back its legally acknowledged territory - British journalist
Read: 2464 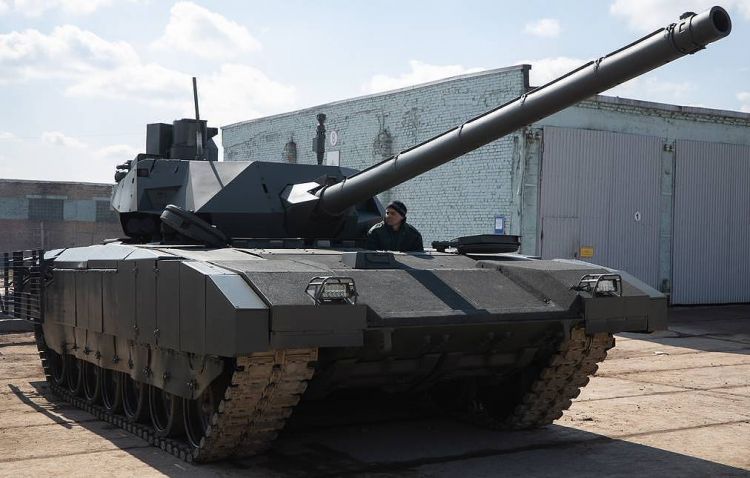 The production of tanks and fighting vehicles based on the latest Armata combat platform under a contract signed with Russia’s Defense Ministry several years ago is already underway, Industry and Trade Minister Denis Manturov told, EDNews.net reports citing TASS.

"Yes, the work is underway," the minister said, replying to a question about whether the production of these armored vehicles had begun in Russia.

Russian Deputy Defense Minister Alexei Krivoruchko announced in August 2018 that a contract on 132 T-14 tanks and T-15 infantry fighting vehicles based on the Armata combat platform had been signed. He did not specify, though, when the document was inked. The deliveries of serial-produced Armata tanks to the Russian troops have not begun yet. Industry and Trade Minister Manturov said in April this year that the troops would get the first Armata tanks in 2021.

The Armata is a heavy tracked standardized platform serving as the basis to develop a main battle tank, an infantry fighting vehicle, an armored personnel carrier and some other armored vehicles.

The T-14 tank based on the Armata platform was shown to the public for the first time at Red Square’s Victory Day parade on May 9, 2015. The new combat vehicle features fully digitized equipment, an unmanned turret and an isolated armored capsule for the crew.

Russia’s state arms seller Rosoboronexport earlier announced that the T-14 tank and the T-15 infantry fighting vehicle based on the Armata combat platform would be demonstrated to potential foreign buyers at the Army-2020 international arms show in August.

The developers of the latest Russian T-14 Armata tank have resolved the problems with its engines and thermal imagers, Manturov said. "Yes, the problems with both the engines and the thermal imagers have been resolved. The engine generates the parameters and the technical characteristics that were laid out in the performance specifications upon its designing," he said.

"As for the thermal imagers, I can confidently say that we have a fully import-substituted Russian product that is made by Shvabe [holding]," the minister said.

The Armata’s trials in the troops are proceeding in accordance with the schedule, the minister said.

Russia is also preparing the Armata for export. As Manturov said in April, Russia plans to start work with Armata’s foreign customers in 2021 and has already received several prior requests. The tank has already been tested in Syria.