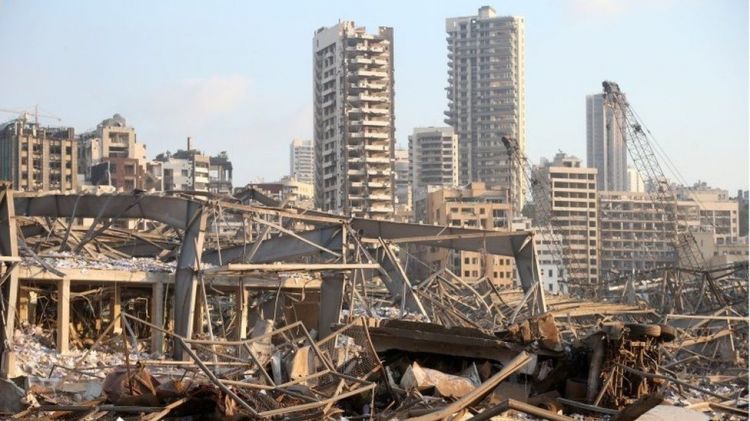 Addressing formal session of Majlis on Wednesday, Qalibaf expressed regret over the sad occasion in Beirut port and sympathized with the Lebanese parliament, people and government.

He wished immediate recovery for those who were injured and patience for families of the victims of the deadly accident.

He vowed to cooperate with Iranian and Lebanese officials with regard to accelerating the process of sending humanitarian assistance.

He also urged the Red Crescent and relief agencies to help Iran in this regard.

A massive explosion rocked the Lebanese capital of Beirut leaving a very high number of casualties.

Several smaller explosions were heard before the bigger one occurred.

Abbas Ibrahim, the head of Lebanon’s General Security, said that “highly explosive materials” ammonium nitrate confiscated earlier had been stored at the site.

Footage shared on social media captured the moment of the bigger explosion, with columns of thick smoke billowing fast across several hundreds of meters and shrouding the area.

The accident has so far claimed at least 80 lives and injured about 4,000 people.