Azerbaijan has right to use its armed forces to take back its legally acknowledged territory - British journalist
Read: 2268 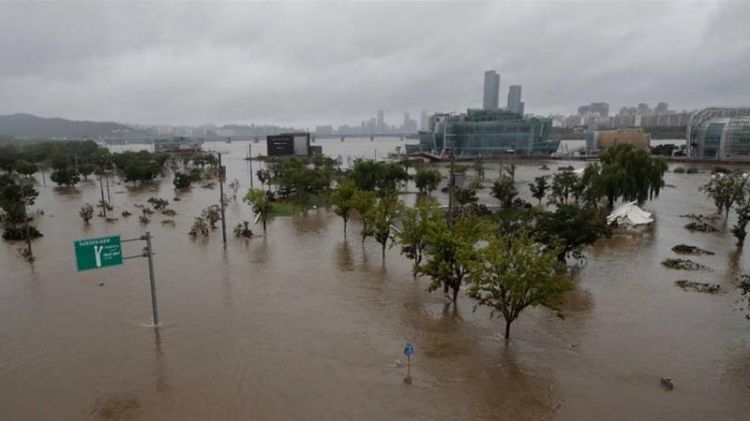 At least 30 people have died and 12 remain missing after 46 days of heavy rains in South Korea, with the country's longest monsoon in seven years causing more flooding, landslides and evacuations on Sunday, EDNews.net reports citing Aljazeera.

Close to 6,000 people had also been evacuated as of Sunday, according to the country's Yonhap news agency, as rains battered the southern part of the Korean peninsula.

Yonhap also quoted the Central Disaster and Safety Countermeasure Headquarters as saying that at least eight people have been injured in the disaster.

The death toll did not include the casualties from three capsized vessels at Uiam Dam in Chuncheon, 85 kilometers east of Seoul, which left three dead and three missing on Sunday. It was categorized as a marine accident.

More than 5,900 people from 11 provinces and cities left their homes, and some 4,600 of them remain at temporary shelters following warnings of disasters, according to Yonhap.

An estimated 9,300 hectares (22,980 acres) of farmland were swamped or buried, while 9,500 cases of damage to public and private facilities were reported.