The biggest obstacle to peace and stability in the Caucasus is the aggressive attitude of Armenia - Turkish Defense Minister
Read: 182 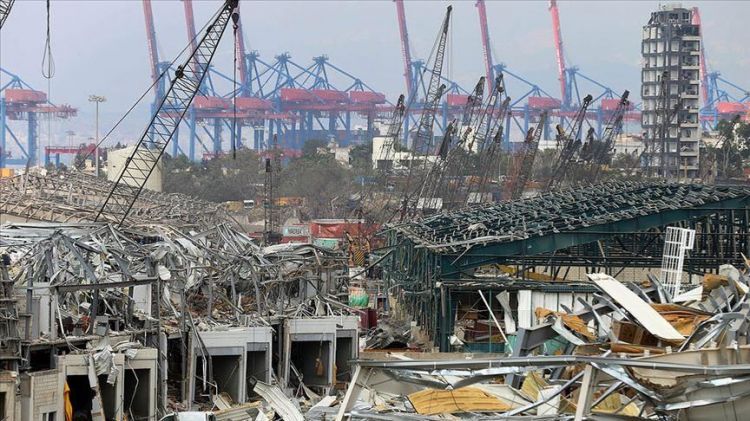 The death toll from the blast in Beirut has risen to 163 after five more bodies were recovered from the rubble, the Lebanese army said Monday, EDNews.net reports citing Anadolu Agency.

"Rescue teams of the Lebanese army in collaboration with the civil defense units, fire fighters, and Russian and French search teams managed to recover five more bodies of victims of the Beirut port explosion," the military said in a statement.

The statement stated the search for the missing people is ongoing with authorities still trying to ascertain their exact number.

Two explosions rocked the Beirut port on Tuesday after a neglected stockpile of 2,750 tons of ammonium nitrate stored in a warehouse caught fire.

Ammonium nitrate is a chemical substance often used to make bombs and commonly used in fertilizer. Terrorism has been ruled out as a possible cause of the blasts.

The blasts rocked Beirut to its core, registering 3.5 on the Richter scale and shattering buildings miles away. Some 6,000 were injured and 300,000 have been left homeless.

Lebanon was already embroiled in a crisis stemming from economic problems and corruption.

Anti-government protesters have taken to the streets for the past two nights, storming official buildings and clashing with police.