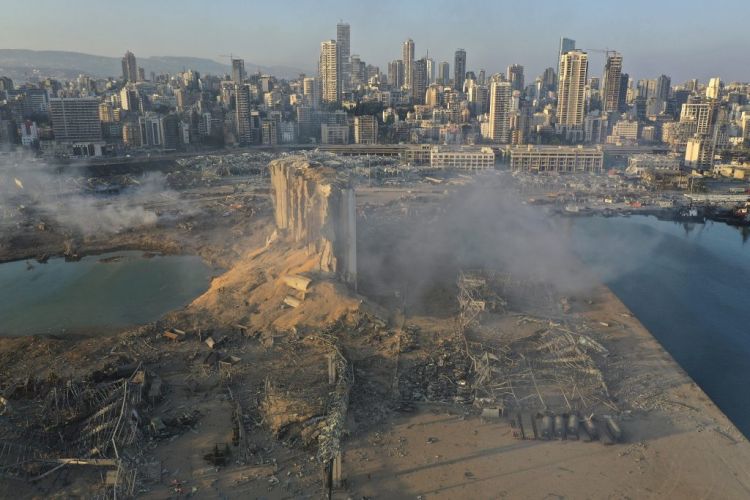 Damage from the powerful explosion on August 4 in the port district of Beirut has been estimated as over $15 bln, Lebanese President Michel Aoun said in a phone conversation with Felipe VI of Spain, EDNews.net reports citing TASS.

"President Aoun noted that according to the preliminary estimates the damage suffered by Lebanon exceeds $15 bln," the statement of the Lebanese president’s press service published on its website on Wednesday said. It is noted that the King of Spain expressed condolences and solidarity with the people of Lebanon as well as readiness to provide the necessary aid.

As a result of a blast on August 4 at a warehouse in the Beirut port district, 171 people were killed, over 6,000 were injured, dozens are listed as missing. According to Lebanon’s Interior Ministry, a fire was started by welding work and caused the detonation of more than 2,700 tonnes of ammonium nitrate, which had been stored in the port for six years after being seized by the customs service.

Insurance companies’ preliminary estimates place the damage caused by the explosion at $3 bln. Governor of Beirut Marwan Abboud earlier stated that from $12 bln to $15 bln will be needed to restore the city. As the Internal Security Forces Directorate of Lebanon reported on Wednesday, about 4,000 buildings were partially or completely destroyed by the blast.