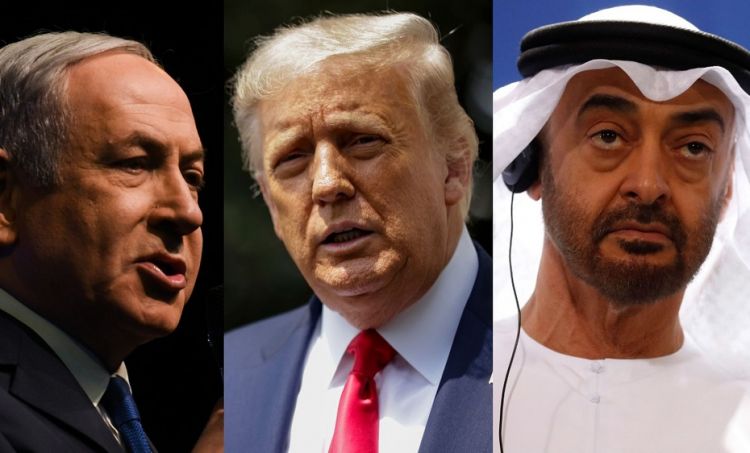 Israel and the United Arab Emirates reached a landmark accord sealed by the US President Trump on Thursday that could presage a broader realignment in the region as the two agreed to “full normalization of relations” in exchange for Israel suspending annexation of occupied West Bank territory, EDNews.net reports citing New York Times.

In a surprise announcement at the White House after a three-way phone call with Israeli and Emirati leaders, Mr. Trump said the deal would lead to greater cooperation on investment, tourism, security, technology, energy and other areas while the two countries move to allow regular direct passenger flights, open embassies and trade ambassadors for the first time.

If fulfilled, the pact would make the Emirates only the third Arab country to have normal diplomatic relations with Israel along with Egypt, which signed a peace agreement in 1979, and Jordan, which signed a treaty in 1994. It could reorder the long stalemate in the region, potentially leading other Arab nations to follow suit in forging an increasingly explicit alliance with Israel against their mutual enemy in Iran while taking Prime Minister Benjamin Netanyahu’s explosive annexation plan off the table, at least for now.

“This deal is a significant step towards building a more peaceful, secure and prosperous Middle East,” Mr. Trump told reporters in a hastily arranged event in the Oval Office. “Now that the ice has been broken, I expect more Arab and Muslim countries will follow the United Arab Emirates’ lead.”