'Our blood will flow with yours' - Pakistan sends message of support to Turkey | Eurasia Diary - ednews.net

Azerbaijan has right to use its armed forces to take back its legally acknowledged territory - British journalist
Read: 892

In 2018, Russia and Japan were closest to signing peace treaty
Read: 255 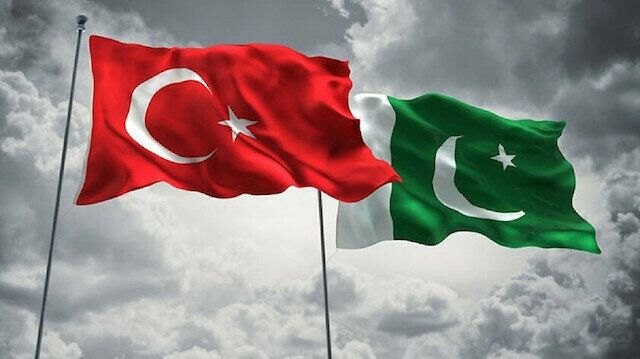 Pakistan will continue to stand side by side with Turkey in the conflict brewing in the Eastern Mediterranean following the recent escalation of tensions by Greece, according to a high ranking Pakistani official, EDNews.net reports citing Yeni Safak.

Taking to his official Twitter account to voice support for Turkey in the current standoff in the Mediterranean, Secretary Senate Of Pakistan Committee on Defense & Defense Production Khurram Nawaz Gandapur said that Pakistan will stand with Turkey as it did "during the time of the Caliphate."

"We, the Pakistanis stand with our brothers from Turkey. If there is a need for blood, our blood will flow with yours. We stood with you in the time of the Caliphate and will do so again. Allah ALMIGHTY bless Turkey," the tweet read.

Tens of thousands of Pakistanis had voiced their support for Turkey regarding the Eastern Mediterranean dispute on social media using the hashtag, "#Turkeyisnotalone", amid an escalating rift between Ankara and Greece over seismic exploration and drilling activities in the region.

As a sign of unity between the two brother countries, the hashtag "#Turkeyisnotalone" remained a top trend in Pakistan on the microblogging website on Wednesday.

After the hashtag went viral on Twitter, Turks also took to social media to express their gratitude to their Pakistani brothers and sisters.

"Greetings to our real friend Pakistan that stands by our side today, as it did yesterday," said a Turkish social media user.

In the face of efforts by Greece, the Greek Cypriot administration and Egypt to limit Turkey into its mainland, Ankara has announced it would respond by continuing exploration activities in the Eastern Mediterranean with its seismic research vessel, the MTA Oruc Reis.

Turkey has accused Greece of trying to block it in the Aegean Sea and the Eastern Mediterranean by signing agreements with the Greek Cypriot administration, Egypt, and Israel.

But Greece's controversial move last week to sign a maritime delimitation agreement with Egypt, which Turkey says violates its continental shelf and maritime rights, has further sparked tensions between the two neighbors.