We will never allow the establishment of a second Armenian state on the territory of Azerbaijan - Ilham Aliyev
Read: 388

“A hand grabbed my leg, I saw it was my daughter…” - our resident who suffered from the Armenian attack - PHOTOS
Read: 275

'You cannot lecture us on humanity,' Erdoğan tells Macron 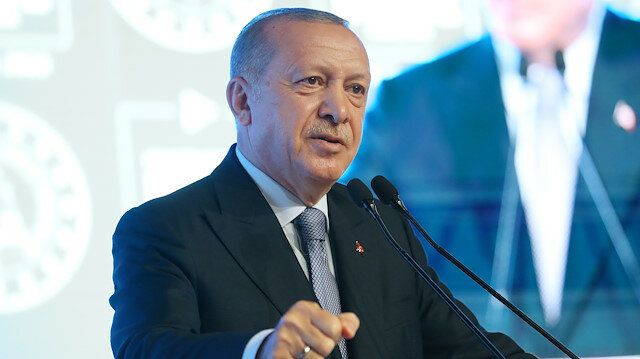 In a direct reference to President Emmanuel Macron, Erdogan said “You [Macron] have no knowledge of history. You do not know the history of France.”

“You cannot lecture us on humanity,” he added, recalling the massacres in Algeria where some 1 million people were killed and in Rwanda where 800,000 people were murdered.

“Do not mess with Turkey and Turkish people,” Erdogan added.

“Turkey is no longer a partner in the Mediterranean region,” said the French president, claiming NATO ally Turkey had some unacceptable encounters with a French ship off the coast of Libya.

Turkey on Thursday condemned Macron over his “arrogant” remarks made with “colonial reflexes”. In a statement, the Turkish Foreign Ministry said Macron endangers EU interests with his “individual and nationalistic stance.”