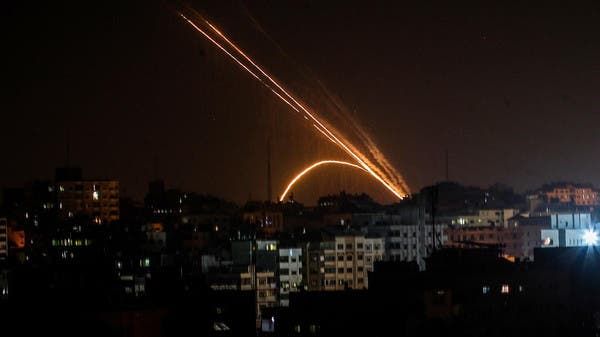 The Israeli military said earlier that an alert has been activated in the city of Sderot and in the Gaza Envelope area following the reported attack, Sputnik reports.

A bunch of rockets have been launched from the Gaza Strip towards Israeli territory, the Israeli Defence Forces said in the early hours of Wednesday.

Meanwhile, alleged footage of the rocket launch from Gaza has been shared on social media. There have been no reports of possible casualties.

According to some news agencies, the Israeli military said it launched about 10 air strikes in Hamas Islamist-run Gaza early on Wednesday and that 15 rockets had been fired from the territory at Israeli communities near the border, where sirens sounded before dawn.

"I'm not surprised that the Palestinian terrorists fired at Israel precisely during this historic ceremony.  They want to turn back the peace. In that, they will not succeed. We will strike at all those who raise a hand to harm us, and we will reach out to all those who extend the hand of peace to us," Prime Minister Benjamin Netanyahu said, Swiss Info reports.

The attack followed the US-brokered Abraham Accords signed by the UAE and Bahrain at the White House hours earlier, establishing diplomatic ties with Israel. The agreements were met negatively in Palestine, which Israel refuses to recognise as an independent political entity.

The UAE and Bahrain became the third and the fourth states to recognise Israel after Egypt and Jordan did so in 1979 and 1994, respectively.