India woos Iran to keep China away from Chabahar 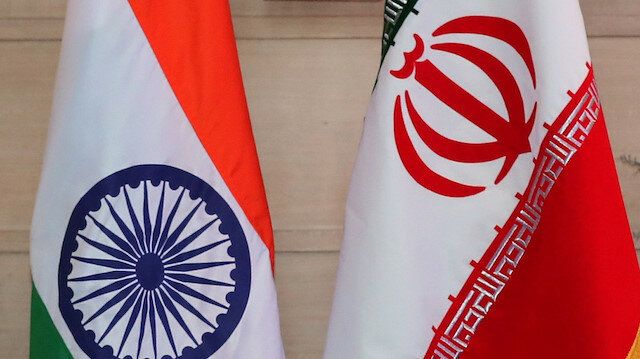 India seems to have grown uneasy over the growing closeness between Iran and China, as the two countries hold negotiations to finalize a 25-year strategic deal, Anadolu Agency reported
Speculation is rife that the $400 billion deal could pave the way for China’s investment in Iranian ports, including the strategic Chabahar Port in the southeastern Sistan-Baluchistan province.
India has high stakes in Chabahar, which is its most important gateway to Afghanistan and Central Asia. The port city is located 1,400 kilometers from India’s commercial capital Mumbai.
Last week’s whirlwind, unscheduled visits by two senior Indian ministers to Tehran, which sent regional watchers and policy wonks into a tizzy, has to be seen in that context.
Rajnath Singh became the first Indian Defense Minister to visit Iran in almost two decades. He made a brief stopover in Tehran last Saturday and held talks with his Iranian counterpart Amir Hatami.
Following Singh’s surprise visit, Indian Foreign Minister S. Jaishankar had a brief stopover in Tehran on Tuesday, en route to Moscow to attend a Shanghai Cooperation Organization summit.
The two sides said the agenda of the meetings was to “take forward bilateral cooperation” and “discuss important regional security issues.”
While the official statements left everyone guessing, the two back-to-back visits expectedly generated a buzz in both Iran and India. Singh’s visit, in particular, was unusual.
According to sources, the visiting Indian ministers sought during discussions with Iranian officials to get assurances that their involvement in Chabahar will not be affected by Iran-China deal.
Iran, India and Afghanistan had signed a trilateral transit agreement in 2016 that allowed the transfer of Indian goods to Afghanistan via Chabahar Port, ending India’s dependence on Pakistan’s ports.